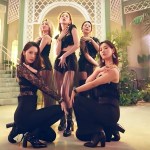 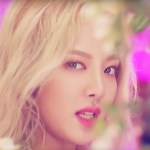 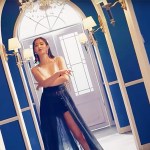 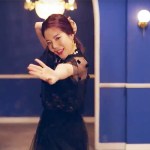 Five members of Girls’ Generation now form the group Oh!GG, and they dropped their epic debut music video for ‘Lil’ Touch’ on Sept. 5. Check it out here!

Oh!GG, a sub-unit of beloved K-Pop group, Girls’ Generation, officially made their debut on Sept. 5, 2018! The group is made up of Taeyeon, Sunny, Hyoyeon, Yuri and Yoona, who all stayed with SM Entertainment after fellow Girls’ Generation members, Seohyun, Tiffany and Sooyoung decided to leave in Oct. 2017. Oh!GG has been hard at work for the last several months, and debuted their first single, “Lil’ Touch,” along with a music video on Sept. 5.

The video features all five girls in various ensembles, including one scene where they’re all dressed in black and showing off their dance moves. Even if you can’t understand the lyrics, the track is a total bop, and fans immediately went nuts over it on Twitter. From the vocals to the visuals to the outfits and more, lovers of Oh!GG can’t get enough of everything about this epic new song and video! “As expected from the queens,” one person wrote. “Come through Oh!GG!”

Another loyal follower added, “Nothing changed! They still slay!! GG is back…Queens are back!!!” Girls’ Generation initially formed in 2007, so these ladies have been in the industry for quite some time…and clearly they haven’t lost their touch! “Lil’ Touch” is already climbing up the charts, and can be expected to be quite successful.

Meanwhile, the formation of Oh!GG doesn’t mean the end of Girls’ Generation. SM Entertainment previously confirmed that Seohyun, Tiffany and Sooyoung’s departures does not mean the group is disbanded, and that there will be discussions about their future involvement in the group. For now, though, we’re going to keep jamming out to “Lil’ Touch”!