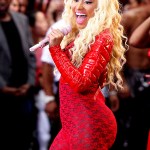 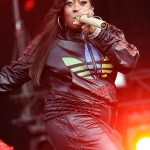 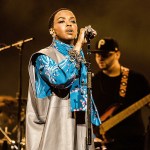 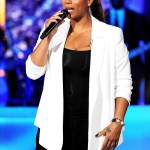 Nicki Minaj had some harsh words for a certain someone during a Sept. 5 Twitter rant. See the now deleted tweets here!

If you’ve been keeping tabs on Nicki Minaj, 35, since the release of her newest album, Queen, you already know she’s got a lot to say. The rapper shared even more controversial words via Twitter on Sept. 5, and they’re a doozy to dissect. “If you meet a successful person who spends all of their time & energy trying to sabotage & hurt their peers; just know with all that success, they’re incredibly sick & miserable. That’s not the success we want. One day, they’ll have to face the music. For all the world to see,” she said in her post. Hmm very cryptic, Nicki!

The tweets may now be deleted, but fans caught wind of them before they disappeared, and have a BIG hunch on who they could be about. Many think that the “Chun-Li” rapper was throwing shade at Cardi B! While the two female rappers have never actually publicly claimed to have a problem with each other, theres been whispers of a feud ever since Cardi stepped onto the scene!

We DO know who the tweets are not about. Nicki made sure fans knew she was not making reference to Travis Scott with the post. “And this has nothing to do w|TS. That situation could never be this deep,” she explained in a separate tweet. While Nicki may not have been attacking Travis here, she has taken plenty of other shots at the rapper recently. She even claimed that she wanted to “punch” Travis in his face during her appearance on The Ellen Degeneres Show. Yikes! The two A-list rappers have had bad blood ever since they were neck-in-neck for the No.1 spot on the charts with their latest album releases.

While Nicki continues to stir the pot with her rivals, Cardi has been laying low for the most part. The “Bodak Yellow” rapper cancelled her upcoming tour with Bruno Mars, in order to spent more time with her baby daughter Kulture Kiari Cephus. Then, it was revealed she has suffered from postpartum complications after giving birth. While Cardi steps out of the limelight in favor of motherhood, it’s Nicki’s time to shine – but still, we can’t help but wondering who these tweets are aimed at!