Nick Jonas and Joe Jonas attended the U.S. Open on Sept. 4, and they brought some very gorgeous dates with them — their fiancees, Priyanka Chopra and Sophie Turner, of course! The foursome all sat together to watch some of the matches, and they looked so adorable posing for a selfie together, which Nick then posted to Instagram. Sophie snapped the cute pic, which showed the foursome cuddled close to all get into the shot. Seriously, this is like a double date DREAM!

Meanwhile, paparazzi photos also surfaced of the group at the Open. In several pics, Nick and Priyanka could be seen packing on sweet PDA, with the actress cozied up to her man as they intently watched the match. Somehow, Nick looked comfortable in his sweatshirt, despite the scorching temperatures in New York during the event. Priyanka’s mom was also in attendance with the group, and she looked to be having a great time taking everything in with her new family members.

Sophie and Joe weren’t showing any major PDA this time around, but they were certainly at it when they attended the Open one day earlier! The lovebirds, who got engaged nearly a year ago, looked smitten with each other as they passionately made out for the cameras. Sophie has said that they’re in no rush to walk down the aisle, but that’s clearly not because of any relationship issues! 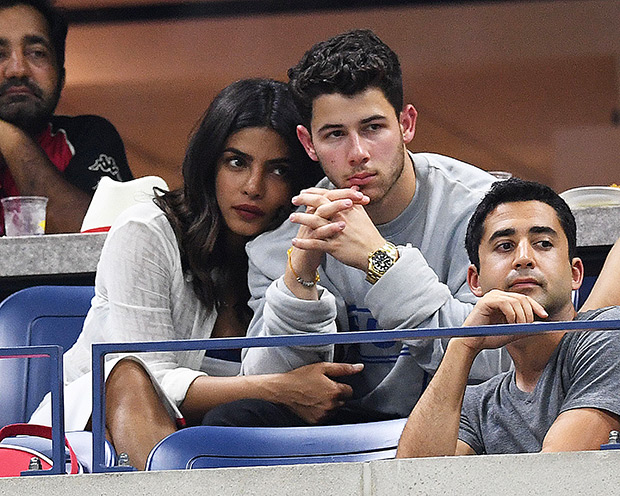 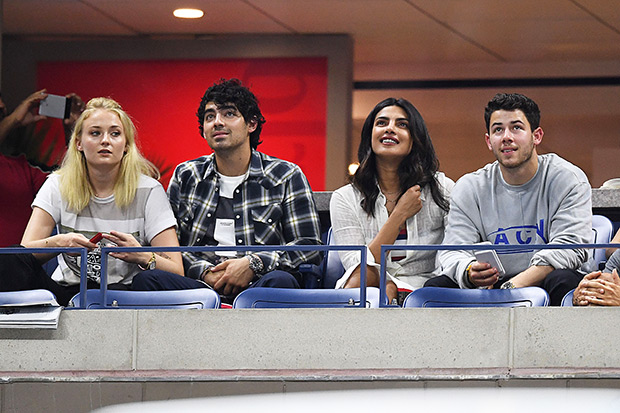 As for Nick and Priyanka – they haven’t discussed wedding plans publicly just yet, but if their relationship so far is any indication, we won’t be surprised if things move quickly. After all, they got engaged after just a few months of dating, and celebrated with a lavish engagement party in India shortly after that. Priyanka is already 36, so if she wants kids, they may be on the fast track to getting the ball rolling as soon as possible. What a whirlwind!