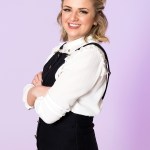 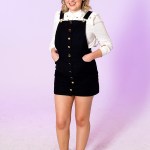 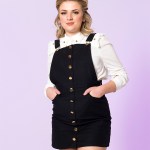 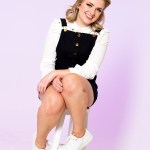 It wasn’t until Caleb and Maddie made it to the final two on season 16 of ‘American Idol’ that they revealed their romance to the world! What took them so long? They spilled all the details on the HL podcast.

Caleb Lee Hutchinson, 19, and Maddie Poppe, 20, are crazy talented — and crazy in love! So if they were already dating before their season of American Idol aired, why did they wait so long to tell their fans about their romance? We understand keeping it on the DL that Maddie was the season 16 winner and Caleb was the runner-up until the finale aired, but these two also waited until the final episode to reveal that they were in a relationship. After a major bomb like that, we were tempted to start the season over from scratch and watch their love play out. So whose choice was it to keep fans in the dark? “Honestly, I wanted to announce it ASAP, just because I was proud of it,” Maddie told Hollywoodlife.com EXCLUSIVELY. “He wanted to wait because he… Well, he did say he wanted the single women vote, and I understand that.”

Her boyfriend put a different spin on his reasoning, though. “My main concern was I didn’t want people voting for me, or voting for Maddie, or not voting for one or the other because of a relationship,” he said. “We were there to be singers. Here’s the thing, Maddie won because of her talent. She didn’t win because she was dating me.” Clearly Caleb put a lot of thought into this decision, so we guess we can forgive the cute couple for hiding their romance from us all season long. It actually made their reveal that much sweeter!

Turns out, host Ryan Seacrest, 43, found out about their relationship the day of the finale, and the executive producer asked Caleb and Maddie if they’d be okay with their secret being spilled. “I was like, ‘Yes, tell everybody,” Maddie said.

We don’t blame her! To be able to come clean about her relationship and take home the title all on the same night had to feel pretty amazing. Hard to top that, right? But we bet Caleb is up to the challenge. It sounds like he’s such a sweet boyfriend to Maddie — take it from the American Idol winner herself! “Caleb is so patient and he’s always so nice to me,” she said. “He handles me when I’m at my craziest and I love it.”

Be sure to listen to the HollywoodLife podcast with Maddie Poppe and Caleb Hutchinson on iTunes, and check them out on the American Idol Live! 2018 Tour through Sept. 16.