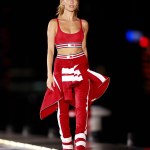 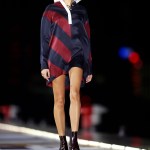 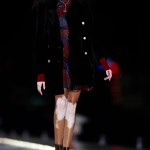 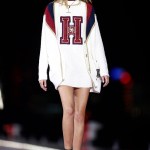 Hailey, Winnie Harlow and more models stunned on the runway, with a gorgeous backdrop of Shanghai’s skyline, for Tommy Hilfiger’s Fall 2018 fashion show. See photos below.

Hailey Baldwin, 21, opened Tommy Hilfiger’s Fall 2018 show during Fashion Week in Shanghai, China on Sept. 4. Justin Bieber was no where to be seen, but it was all business for Hailey, and she looked perfect and polished on the runway (and still showed off her massive engagement ring). She was joined by mega models like Winnie Harlow, Josephine Skriver and Joan Smalls at the show. The major presentation took place just before the start of New York Fashion Week. Unlike Fashion Weeks of the past, where the designers tease the next season, Tommy has instituted a #TommyNow “see now, buy now” model. The clothing on the runway is immediately available in 70 countries!

Showcasing Tommy’s all-American looks, modeled sashayed down the runway in preppy sweater dresses, plaid, activewear, outerwear, and even wore Tommy accessories, like socks. See the designs in the gallery attached above. There were multiple collections shown, including the TommyXLewis men’s collection, his collaboration with Formula One Champion Lewis Hamilton, and the TOMMY ICONS women’s capsule and global campaign, modeled by Hailey and Winnie. Everything was cool, modern, and had that unique Tommy flair.

One collection we did miss was the Tommy X Gigi collection with model Gigi Hadid. They worked together on four capsules, over four seasons. “My favorite memory with Tommy is definitely our finale runway walk during the first TommyNow show in New York,” Gigi told Fashion Week Daily. “It was the first time I ever took a bow as a designer and collaborator, which made it so special. It was also cool seeing my designs come to life on the runway for the first time.” Their partnership ended on a high note, but we know both Tommy and Gigi have so many amazing moments in their futures!