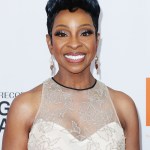 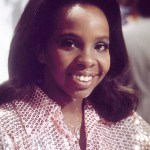 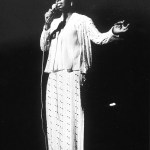 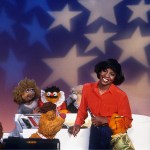 This is just heartbreaking. While attending the funeral of the late ‘Queen of Soul’ Aretha Franklin, Gladys Knight made a shocking revelation about her own health that left fans worried.

UPDATE #2: Gladys tells TMZ, “I’d like to clarify that Aretha and I discussed both of us having cancer, mine was stage 1 breast cancer and hers was pancreatic. Due to early detection, I am cancer-free and grateful for that.” She added. “It is unfortunate that on a day we should be celebrating Aretha’s life and massive contribution to our world, a reporter who did not relay accurate information has missed the message. I send my love to the entire Franklin family and my gratitude to them for sharing such an extraordinary person with us.”

UPDATE: Shortly after it was reported that Gladys Knight was battling pancreatic cancer her publicist, Jay Schwartz, denied the claims. Clearing up any confusion, Schwartz told HollywoodLife, “She does not have pancreatic cancer! She is fine!!”

ORIGINAL: While one icon, Aretha Franklin, was being laid to rest after losing a battle to pancreatic caner, another icon, Gladys Knight, 74, announced that she is suffering from the same disease. The famed singer revealed the shocking news while talking to WDIV (Channel 4) at the Aug. 31 funeral for Aretha. Gladys was in attendance for the ceremony, which took place in her hometown of Detroit, Michigan.

While the seven-time Grammy Award winner didn’t reveal just when she was diagnosed with the disease, she did want to be transparent about her cancer battle, as she honored the late legend. Aretha had kept quiet about her own battles with cancer throughout her life, although her family publicly revealed pancreatic cancer to be the cause of her Aug, 16 passing. The Queen of Soul’s funeral is taking place at Greater Grace Temple in Detroit, and will be livestreamed via The Associated Press, and nationally, CNN and Fox News will air live portions of the service.

In the days before Aretha’s funeral, Gladys shared some sweet thoughts, as she reflected on the singers passing. “The Lord tells us where we are going and tells us when we are coming. So I’m not overly upset about (Franklin’s death), and he knows how much each one of us can bear, and he calls us home with those things in mind. That’s the way I feel about it, because he loves us like that,” she said in an interview with US Weekly. “I miss her, but I didn’t want her to suffer,” she added.

Thousands showed up to pay their respects to the Queen of Soul at her funeral. The inspirational singer is being honored with a number of live performances, by the likes of Ariana Grande, Stevie Wonder, Chaka Khan, Ronald Isley, Jennifer Hudson, Faith Hill, Fantasia and Yolanda Adams. There is also a list of numerous influential speakers set to attend the ceremony, including Bill Clinton, Smokey Robinson, actress Cicely Tyson, music mogul Clive Davis, Michigan governor Rick Snyder, Detroit Mayor Mike Duggan, Rev. Jesse Jackson and former U.S. Attorney General Eric Holder. As Gladys also mourns the late singer, we are keeping her in our thoughts as well, and are wishing her a speedy recovery.