Sure, Kylie Jenner, 21, and Kim Kardashian, 37, have been accused of copying each other before, but never has Kylie looked so similar to her eldest sister than during the Aug. 29 event out in West Hollywood. Kylie was on hand to support her BFF, Jordyn Woods, 20, as she launched SECNDNTURE, her debut activewear label. Both Jordyn and Kylie wore black, but with Jenner’s flowing blonde locks and the strapless black gown? It was as if she was a miniature Kim Kardashian.

The family resemblance is so eerie between Kylie and Kim. Sure, all the Kardashian women – Kourtney, Khloe, and Kendall Jenner – look similar, but when it comes to Kim and Kylie, it’s almost as if they were twins born 16 years apart. When Kim teamed up with Kylie for their lip collaboration in April 2017, the photos of them together looked as if they were gazing into a mirror. Even when Kim and Kylie used Snapchat’s “face swap” filter, they…looked completely normal. Seriously, it was as if they hadn’t exchanged mugs at all.

Khloe, 34, also got in on the “Kylie doppelganger” (“Kyle-ganger?) game in March. She shared a filtered Snapchat selfie — which included a filter that gave her animals ears and smoothed over her face — that had many think Kylie stole Khloe’s phone. “I thought it was Kylie,” one fan said. Considering the picture that was in front of that fan’s eyes, it’s not hard to see how they made that mistake. 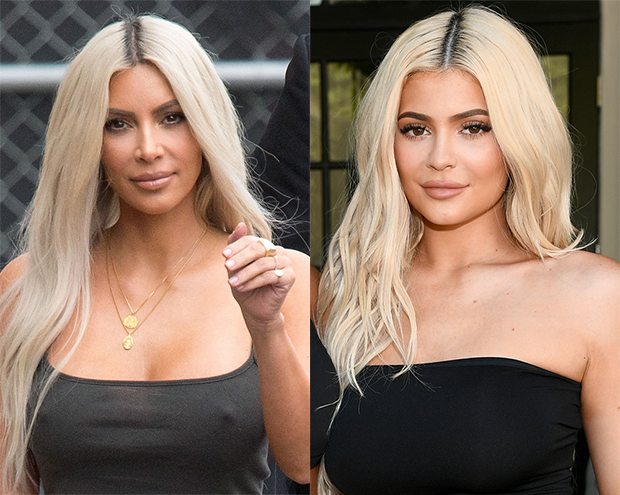 It seems that Khloe and Kim are on competition — “kompetition?” — to see who mimics Kylie the most. In Oct. 2017, the Koko and Ky wore matching blonde locks while filming a spot for Kylie Cosmetics YouTube channel. “I just stole your Snapchat to promote,” Kylie said while on Khloe’s account “That’s OK!” Khloe said. Don’t we look like real sisters right now?” Though, maybe Kylie isn’t so thrilled to be compared to her sisters anymore? When Khloe trolled Kylie over a photo shoot – “Khloe?? Is that you? When did I do this shoot?” – she deleted the pic. Huh.