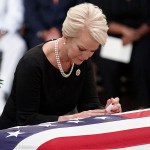 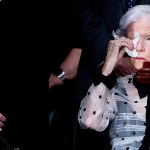 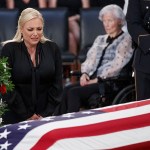 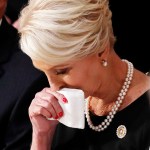 Today, a nation mourns as Senator John McCain is laid to rest in Arizona after dying from brain cancer. See photos from his funeral, here.

Family, friends, and fellow politicians arrived at the National Phoenix Baptist Church on the morning of August 30 to pay their last respects to Senator John McCain, who passed away at the age of 81 on August 25. McCain suffered from a rare form of brain cancer and had announced through a statement two days prior that he wouldn’t be continuing treatment for the disease. McCain’s casket was brought to the Arizona State Capitol on August 29, where he will lie in state before being taken to Annapolis, Maryland for a formal funeral. Today, however, was about remembering the family man, American icon, and politician.

Every image from the memorial events is truly devastating. It’s clear from the footage that McCain was incredibly beloved by everyone who knew him, as well as his constituents. There wasn’t a dry eye in the house when his longtime friend, former vice president Joe Biden, gave his beautiful eulogy. Wife Cindy McCain and daughter, The View host Meghan McCain‘s reactions to seeing his casket at the capitol rotunda are heartbreaking. A photo taken of Cindy from above at the capitol shows her laying her head on the casket and quietly crying. Meghan was openly sobbing through the whole ceremony.

See photos from John McCain’s memorial and funeral services by scrolling through our gallery above. May the senator rest in peace.