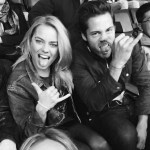 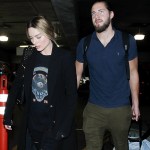 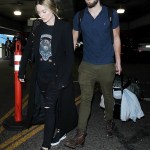 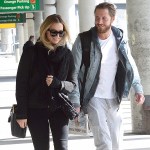 Does Margot Robbie reciprocate co-star Brad Pitt’s rumored feelings for her? We’ll explain what’s really going on between these two!

Sorry, this won’t be a Mr. & Mrs. Smith situation. Margot Robbie, 28, has eyes for one man, and it’s not for her co-star Brad Pitt, 54! The two actors began filming for Quentin Tarantino’s Once Upon a Time In Hollywood earlier this summer, and rumors sprung that Brad had the hots for Margot. While that’s yet to be confirmed, we can confirm this: Margot is respecting her wedding vows! “Margot is madly in love with her husband Tom,” a friend of Margot’s shares EXCLUSIVELY with HollywoodLife. Just a reminder — Margot wedded Tom Ackerley, 28, the producer for her film I, Tonya, on December 18, 2016! “Even if Brad tried, he would never be able to woo her away.”

Margot’s admiration for Brad — because really, you can’t help but admire the knockout — is purely professional! “Margot thinks Brad is amazing, hot, sexy, really talented and she has the utmost respect for him, but there’s absolutely no crush on her part,” the Suicide Squad‘s friend adds. “She’s only got eyes for Tom. Margot thinks her husband is the best looking guy on the planet, even Brad Pitt can’t compete with Tom, at least not for Margot.” Yup, you heard that right — not even Brad Pitt! Well, we hope Tom can relax after hearing those kind words. As we’ve told you, Margot’s husband has reportedly been wary of Brad, supposedly dropping by onset of Once Upon a Time In Hollywood and “keeping a close eye on Brad,” a source close to Margot and Tom claimed to Life & Style in its Aug. 29 issue.

How did this rumored love triangle mess even start? Well, Brad was reportedly “smitten” with Margot, another Life & Style source claimed, which we reported on July 26. The source went so far as to claim that the actors’ other co-star, Leonardo DiCaprio, 43, “has called [Brad] out for layering it on so thick [with Margot].” None of this has been confirmed, and Brad could just be a happy (almost legal) bachelor minding his own business! He does have an ongoing custody battle with his soon-to-be ex-wife Angelina Jolie, 43, to worry about.