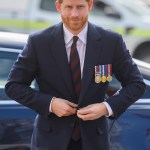 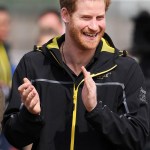 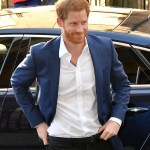 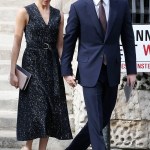 While Prince Harry was at Eton College, he did pretty much what any other teenage boy would do — he played in sports, socialized with friends, and hung sexy pictures of famous women on his walls. No big deal, right? Well it’s kind of a big deal when you’re the Prince of England and one of the sexy women in the pictures takes notice. That’s exactly what happened when a picture of Harry in his dorm, from 15 years ago, resurfaced online. In the photo, Harry can be seen smiling from ear to ear and just above his head is quite the sexy picture of Halle Berry. The Bond Girl cheekily called out Harry on Twitter on Aug. 29 writing, “Ok #PrinceHarry, I see you! #HalleBerryPosta @MissyElliott.” Work it!

Harry is unlikely to respond, but we can just imagine him laughing with new wife, Meghan Markle, at Halle’s comment. And boy do they need a good laugh these days. Tensions are reportedly high between the newlyweds, as Meghan’s father, Thomas Markle, cannot stop bashing his daughter and her new family in the press. A source told OK! that Meghan and Harry have been fighting over her father’s embarrassing comments and that Meghan even flew to Toronto to take a breather from her new marriage and spend some time with friends.

However, it looks like Harry and Meghan are back on good terms as they were spotted taking in a production of Hamilton at the Victoria Palace Theatre in London, on Aug. 29. The couple donned big smiles as they sat next to the show’s creator, Lin-Manuel Miranda. We certainly hope the Duke and Duchess can get through this family drama intact!