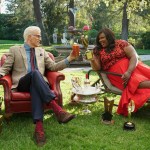 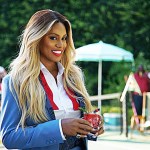 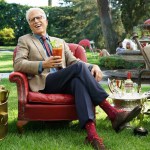 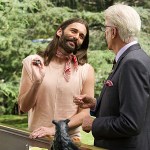 Nicole Byer is a QUEEN in her own right, but that didn’t stop her from praising fellow queenz: Tan France, JVN, Antoni, Karamo & Bobby in an exclusive interview with HollywoodLife.com!

If you haven’t watched Netflix’s Queer Eye, you’re really missing out. While the Fab 5, Tan France, Jonathan Van Ness, Karamo Brown, Antoni Porowski, and Bobby Berk, typically work to revamp the lives of the average man and woman across the country, they may have a high-profile female client soon enough, if comedienne Nicole Byer has it her way! “I would like them to decorate my place, teach me how to get a man, and make me over,” Nicole exclaimed in an EXCLUSIVE interview with HollywoodLife.com, while promoting her new TV spot with Ted Danson for Smirnoff’s Fun% campaign. “I would absolutely love it.”

Nicole continued to show her love for her friend JVN, who she has known through the comedy world, before his days as the world’s favorite hair guru. “I love Jonathan, he’s one of my favorite people,” she said. “We both know each other from trying to be funny little girls!” Both Jonathan and Nicole took part in the incredible new Smirnoff campaign, that also includes Laverne Cox and Jenna Fischer. In a variety of TV spots, each star joins longtime Smirnoff partner Ted Danson to sketch out hilarious scenarios to promote the vodka’s award-winning credentials, “Made in America” heritage, and encouragement of fun yet responsible drinking. “What a dream. I genuinely love Ted Danson,” Nicole said of working with The Good Place star. “I’m excited for people to see me and Ted, our budding best friendship, plus, it’s a very inclusive campaign, which I think is not just smart, but it’s indicative of the time we’re in right now. There’s so many people with color, there’s women, I think it’s a great group of people.”

Preach, sis! Now, be like Nicole, and grab a Smirnoff cocktail (maybe the Nailed It star’s fave: Smirnoff Blueberry and club soda), and sit back to watch these hysterical Smirnoff TV spots!