Their love is going strong! Justin Bieber and his fiancée, Hailey Baldwin, flaunted their romance during a hot date night in L.A., with Biebs lovingly draping his arm around his bride-to-be.

Hailey Baldwin, 21, and Justin Bieber, 24, have become inseparable since their engagement in July, and the two were spotted together again on Aug. 28. As Biebs and his betrothed headed out to dinner with friends in Los Angeles – with her rocking a leopard print jacket and he looking like a skater fresh out of the pages of Thrasher magazine — the “Sorry” singer wrapped his arm around Hailey’s shoulders. Aww. It may seem like a small gesture, but it’s these little moments that show just how much Justin loves his fiancée.

This proves that Justin and Hailey are still in the “honeymoon” phase of their engagement, while the rest of the world has finally come down after being SHOOK by the news that Justin Bieber is getting married. Don’t expect the PDA to stop anytime soon, as a source close to Justin EXCLUSIVELY told HollywoodLife.com that he believes the “euphoria he feels for her is going to last forever. The so-called honeymoon phase is something he believes will not just be a phase but a way of life. That is why he is so excited to be with her.”

Well. Forever is a long time. Yet, with Justin reportedly shelling out money for a potential new love nest, and him bending over backward to make her happy —  he won’t even say the name Selena Gomez around Hailey — it seems like this love might just last until the end of time. Or, at least, these two will make it to the chapel when they reportedly get married in 2019. 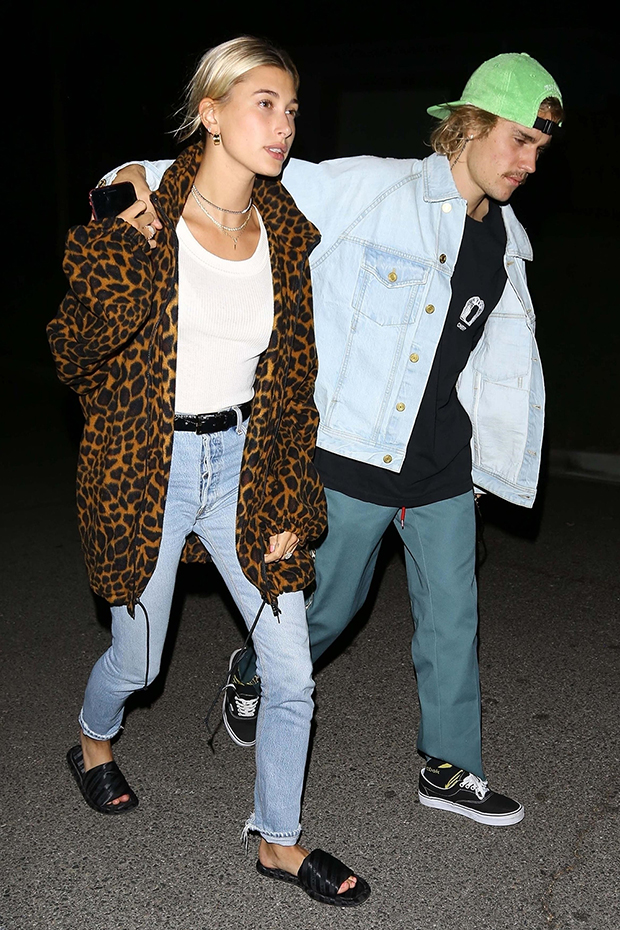 Speaking of Selena, 26, how has she been dealing with all this Hailey-Justin love? She’s doing her best not to think about her exes, which is why you’ll never hear her slam Justin or The Weeknd, 28. “She only hopes for the best for them because she believes in karma,” a source close to Selena EXCLUSIVELY told HollywoodLife.com. “If they are happy, good for them because she doesn’t want any random drama anymore.” Instead of focusing on other people’s happiness, Selena is making herself and her life a priority.