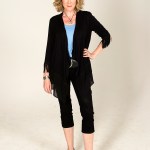 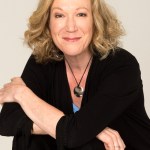 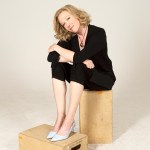 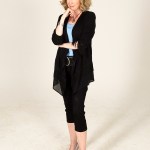 ‘OITNB’ fans found themselves both terrified but fill with admiration for new characters Barb and Carol Denning. Henny Russell, who plays Carol, reveals on the HL podcast whether she thinks Carol is a psychopath, and if she has any redeeming characteristics.

Planning out and committing a murder, without any sign of remorse? That definitely fits the definition of a psychopath. Henny Russell, who plays Carol Denning the new frightening badass boss of C-Block Section in the maximum security division of Litchfield on Orange Is The New Black season 6, opened up to HollywoodLife.com about her character’s mental state and whether Carol was really as scary as she seemed. “Someone asked me, ‘What do you admire about Carol?’ And I thought, ‘Admire… I don’t know if there’s anything I admire!’ There doesn’t seem to be a lot of goodness or decency or any selflessness at all.” Henny revealed on the HollywoodLife.com podcast. “But, Carol doesn’t know she’s evil so when I’m playing Carol, I don’t think of myself as evil at all.”

Since Carol lacks empathy, and appears not to have any guilt about murdering her young sister, which put her in prison in the first place, wouldn’t that make her a psychopath? Henny thinks so, but there’s a catch. “I didn’t think of her as a psychopath. I mean, Henny did, but as Carol, I didn’t think that way,” she explained. “As Carol, I felt deserving. Deserving of attention, deserving of power.” Henny added that she believed Carol’s behavior could have stemmed from either nature or nurture, after seeing flashbacks of how her parents treated her and her sister when they were growing up. “They had troubled childhoods. Their parents didn’t pay them much attention, but a lot of people grow up without getting enough attention from their parents, and they don’t go and kill people.”

Be sure to listen to the HollywoodLife podcast with Henny Russell on iTunes, and Orange Is The New Black season 6 is now available to binge on Netflix!