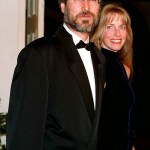 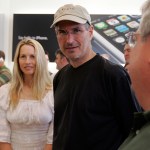 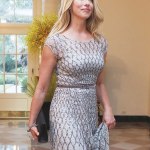 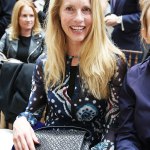 The late Apple co-founder is depicted as the opposite of #DadGoals in his daughter’s new memoir. But his widow says her memory of her late husband differs “dramatically.”

In her new book Small Fry, Lisa Brennan-Jobs, the first daughter of Steve Jobs and Chrisann Brennan, portrays her dad as a not-so-nice-parent. While it may be hard to believe, Steve denied paternity until he was court ordered to take a DNA test two years after Lisa was born. Yikes! In the years that passed, there were other unfortunate incidents, including the fact that he told Lisa she smelled “like a toilet” in the days leading up to his death. The book, which further illustrates their relationship, will be released on Sept. 4 and it reveals more than a few bombshells.

An excerpt of the book was published in Vanity Fair this month in which Lisa highlights another incident. Whereupon asking her dad for his Porsche, Steve replied ,”You’re not getting anything. You understand? Nothing. You’re getting nothing.” But his widow, Laurene Powell Jobs paints a different picture of the tech mogul. “Lisa is part of our family, so it was with sadness that we read her book, which differs dramatically from our memories of those times. The portrayal of Steve is not the husband and father we knew,” she along with Jobs’ sister, Mona Simpson, said in a joint statement originally published by Business Insider.

“Steve loved Lisa, and he regretted that he was not the father he should have been during her early childhood. It was a great comfort to Steve to have Lisa home with all of us during the last days of his life, and we are all grateful for the years we spent together as a family,” read the statement. But Lisa’s biological mom, Chrisann, is standing by her daughter. She told The New York Times, “She [Lisa] didn’t go into how bad it really was, if you can believe that,” and that “she got it right.”

But Lisa’s claims in her book don’t focus solely on her dad, she had plenty to say about step-mom Laurene, too. She described a time when Laurene and Steve were acting inappropriately in front of her writing of a time when Steve embraced Laurene, “pulling her in to a kiss, moving his hand closer to her breasts,” and up her thigh, “moaning theatrically.” When Ms. Brennan-Jobs tried to leave, Steve stopped her and said, “‘Hey Lis,’ he said. ‘Stay here. We’re having a family moment. It’s important that you try to be part of this family.’ I sat still, looking away as he moaned and undulated.” Ew!

Despite never getting the “grand reconciliation” she hoped for before his passing in 2011, Lisa claims she loves her father and even forgives him. The once “secret child” sure has come along way. Here’s hoping the family can move past this drama.