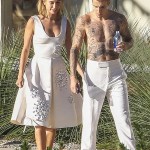 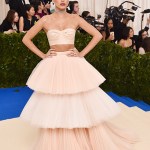 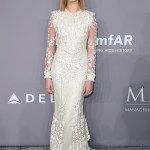 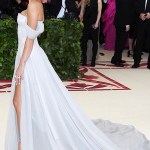 This is going to be the best. wedding. ever! We’ve got the EXCLUSIVELY scoop that Justin Bieber has given his fiancée, Hailey Baldwin, access to his bank account so she can have the ‘dream’ wedding she’s always wanted!

Saying “yes” was the easy part. Now, Hailey Baldwin, 21, and Justin Bieber, 24, need to put in the work of planning their wedding. Or, Hailey needs to plan while Justin gives his thumbs up, as a source close to Justin EXCLUSIVELY tells HollywoodLife.com that he’s leaving “the bulk” of the wedding decisions up to her. “But, he’s definitely engaged in the process and giving her feedback on things when she wants it.”

So, what kind of wedding will Hailey and Justin have? “Neither Justin nor Hailey want a flashy showbiz type wedding,” the insider tells HollywoodLife.com, because they want the day to be about them and their love for each other, and not just a huge celebrity packed party. Hailey’s dad Stephen [Baldwin] offered to pay for the wedding, but Justin insisted on paying for it himself.” Oh, Justin has opened up the Bank of Bieber for his blushing bride-to-be so she doesn’t have to worry about a budget. “He’s made it clear to Hailey that money is no object and whatever she wants for the big day she can have.”

“Hailey is absolutely loving planning the wedding,” the source adds. “She’s dreamed about this moment since she was a little girl, and now all her dreams are coming true. The fact she gets to walk down the aisle with Justin is more than she ever could have hoped for.” Considering Forbes says Justin pilled in $83.5 million in 2017, Hailey has plenty of money to have whatever kind of wedding she wants. Yet, with both her and Justin eschewing the “flashy showbiz” type of ceremony associated with a Kardashian or a British royal, then Justin shouldn’t worry about his wallet taking a huge hit.

Speaking of the KUWTK family, Justin’s ex, Kourtney Kardashian, 39, is a little “envious” that her ex is getting married while her relationship with Younes Bendjima, 25, has fallen apart. Though there are reports that Hailey has warned the newly single Kourt to stay away from her fiancé, an insider EXCLUSIVELY shares that Kourtney would “never do anything shady to get between [Hailey] and Justin.” Well, that’s reassuring. Will Kourt or any of her sisters get an invite?