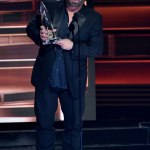 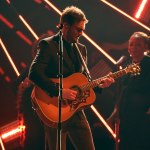 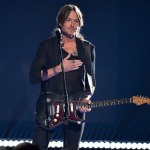 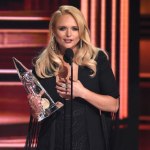 It’s almost time for the 2018 CMA Awards! With less than three months to go until the show, the nominations were revealed on Aug. 28. Here’s the full list!

Luke Bryan, Dan + Shay and Sugarland joined forces to reveal the nominations for the 2018 CMA Awards on Aug. 28. The hot country acts appeared on Good Morning America to share the exciting news ahead of the award show’s 52nd ceremony, which will go down on Nov. 14 at Bridgestone Arena in Nashville. For the 11th year in a row, Carrie Underwood and Brad Paisley will be hosting the show.

Of course, by November, Carrie will be sporting quite a baby bump, as she recently announced she’s pregnant with her second child. The American Idol winner was pregnant when she hosted the show alongside Brad in 2014, and she still killed it, so don’t expect any less this time around! During that show, she revealed the sex of her first child during a skit with Brad, so maybe there’ll be a similar announcement this year?! We’ll have to wait and see, but for now, check out the nominees, which we’ll be updating as they’re announced:

As always, the CMA Awards will air on ABC at 8:00 p.m. In the coming weeks, we can expect PLENTY of performances to be announced, as some of the biggest names in country music are honored. We can’t wait!