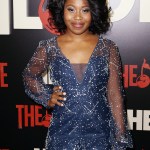 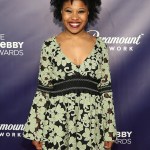 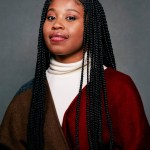 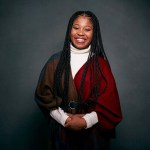 ‘The Deuce’ is almost back for Season 2, and we’re ready to see Dominique Fishback’s character Darlene adapting to the new rules of prostitution in the late ’70s. The actress talks to HL about Darlene’s storyline this season!

While we didn’t see much of Darlene in the Season 2 trailer for The Deuce, she’s there and continuing to battle with gender and race disparity, as well as adapt to the changing rules of the prostitution game as cops start to catch on. Dominique Fishback, who plays the fascinating Darlene, spoke to HollywoodLife.com about the new season of HBO’s hit show, and what we can expect from her character. “We pick up six years later and we get introduced to where everybody is right now,” she said. “A lot of things have moved indoors because cops were cracking down on street walkers, so now they’re going to indoor parlors and porn.” When it comes to Darlene, Dominique revealed, “you kind of find her where you left her.”

“There’s so many things that have happened in the host of six years that you can see little by little,” she explained. “I think that is the beauty of David Simon and George Pelecanos‘ writing. It’s not all just here, right in front, take it. If you watch close enough you will see how things change for Darlene.” The big time jump also explores main character Candy’s (Maggie Gyllenhaal) big dream to an auteur in the porn industry, and looks closely at Darlene and Lori’s (Emily Meade) continued struggle with race and gender discrimination. However, it being years later, the women may handle the challenges they’re faced with, differently than you’d expect from their Season 1 characters. “I find myself a little confused with Darlene this season, asking ‘Why did she do that? Would she have done this six years ago?’ Maybe she would have, but a lot of things have influenced who she is now, so she’s doing whatever she’s doing for a reason,” Dominique explained. “This is a human pace, it’s a human show. I’m interested to see how the fans take where she is and what she’s doing with herself. I think they’ll be fairly surprised.” Ooooh! We’re excited.

You can watch The Deuce on HBO when it returns for Season 2, on Sunday, Sept. 9th at 9 PM ET! Until t hen, catch Dominique shine in her award-winning new film Night Comes On.