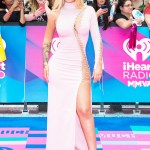 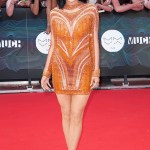 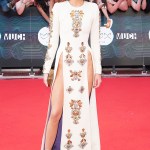 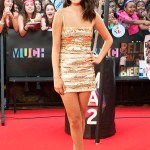 Want to see epic performances from Shawn Mendes, 5SOS, Meghan Trainor and Halsey? We’ve got your way to watch them at the 2018 iHeartRadio MMVAS on Aug. 26 at 9pm EST.

Toronto will host a giant street party with a slew of top performers when the iHeartRadio MMVAs air live at 9pm EST/6pm PST on Sunday Aug. 26 and you can watch the show from anywhere in the world because it will air online. The ceremony can be viewed on mmva.muchmusic.com, Much.com, CTV YouTube, and Much YouTube. The action begins with a pre-game show starting at 4:30pm EST followed by an hour’s worth of red carpet coverage where all of the best fashion will be on display, along with interviews with the celebrity performers and presenters for the evening.

Then the real fun begins when the three-hour telecast kicks off. Viewers will be treated to performances from Canadian stars like Shawn Mendes and Alessia Cara, to Meghan Trainor, Halsey, Australian boy band 5 Seconds of Summer, and Bebe Rexha, who will be making her MMVAs debut. Rapper and actress Awkwafina will be hosting the show and we all know from her outgoing personality that she will keep the energy level super high.

Usually the show airs in June over Father’s Day weekend, but this year its been moved to late August to celebrate the end of an amazing summer’s worth of music. It also comes on the heels of the MTV Video Music Awards, which aired on Aug. 20. The iHeartRadio Much Music Video Awards are the Canadian equivalent and they know how to put on quite a show. Fingers crossed that Shawn will find a way to top his VMAS performance of “In My Blood” where water rained down upon him, soaking his white t-shirt tight to his chest! There will be plenty of star power in attendance as presenters include Tyra Banks, Derek Hough, Jersey Shore‘s Jenni “JWoww” Farley, Colton Haynes, Kristin Cavallari, and This is Us star Chrissy Metz.