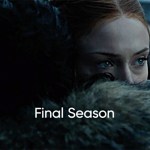 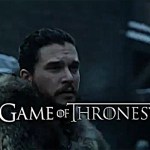 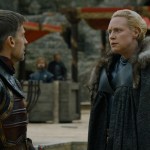 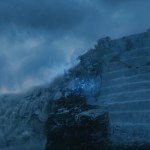 FINALLY! The very first look at ‘Game of Thrones’ season 8 was unveiled on Aug. 26 ahead of the ‘Sharp Objects’ finale. The footage features quick glimpses of Jon Snow and Sansa in the final season!

Winter is coming, and Game of Thrones season 8 is as well. The first look at the highly-anticipated final season aired in an HBO sizzle reel on Aug. 26. The scenes are brief, but they’re more than enough to hold us over until a full-length trailer. Starting at the 1:10 mark of the trailer, Jon Snow (Kit Harington) is seen giving Sansa Stark (Sophie Turner) a hug. While you might think this is just their reunion from season 6, the scenes are definitely not the same. The words “final season” are also featured during this season 8 glimpse. At the end of season 7, Jon Snow was headed back north to Winterfell, where Sansa is currently in charge, with Daenerys (Emilia Clarke).

There also many, many glimpses of season 7 in the sizzle reel, but the only new footage is of Jon Snow and Sansa. The cast has already wrapped filming, so a trailer could be in our future very soon. The cast had their wrap party in June 2018. The wait is going to be long, but the final season is going to be so worth it!

The final season Game of Thrones, which will only be 6 episodes, will premiere in 2019. It’s just a matter of when. HBO president Casey Bloys said at the Television Critics Association’s press tour that season 8 would air in the “first half” of 2019. This means the first 6 months of 2019, so it could be January or June. However, if the show wants to be eligible for 2019 Emmys, then it needs to air before May 31, 2019. The show’s seventh season nabbed 22 total Emmy nominations this year, including acting nods for Peter Dinklage, Lena Headey, and Nikolaj Coster-Waldau, a.k.a. the Lannister siblings.