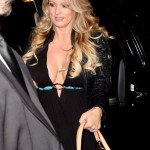 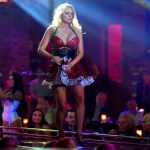 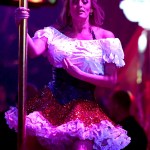 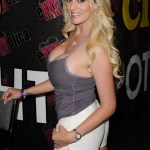 Donald Trump’s former doorman for Trump Tower has shockingly revealed that he signed a contract with American Media Inc. to keep quiet about an alleged affair Trump had with a housekeeper that resulted in a child.

A former doorman that worked at Trump World Tower has revealed that he knows about an alleged affair President Donald Trump, 72, had with a housekeeper that resulted in a child and says he’s now able to talk about a contract he signed to stay “hush hush” about it. The attorney for the doorman, Marc Held, claims his client, Dino Sajudin, signed a contract with American Media Inc. (AMI), which is the parent company of the National Enquirer, that prohibited him from discussing the knowledge he had about Donald’s alleged affair and child. Now that he’s been released from the contract, however, he is choosing to discuss it openly.

The contract aka the “source agreement”, which was obtained by CNN, shows a signature date of Nov. 15, 2015. It also shows that AMI had exclusive rights to Dino’s knowledge about Donald. Although the contract doesn’t go into details about the situation, it does state that, “Source shall provide AMI with information regarding Donald Trump’s illegitimate child…” The contract then reveals that AMI doesn’t owe Dino any compensation for the knowledge if they decide not to use it in their publication but if they do, he could get an amount of $30, 000 “payable upon publication as set forth below.”

Things get even more detailed about finances on the third page of the agreement, which reflects that about a month after the contract was signed, Dino and AMI signed an amendment. It states that Dino will be paid the $30, 000 within five days of signing the amendment and says the “exclusivity period” in the original agreement “is extended in perpetuity and shall not expire.” It also says that Dino would be responsible for paying AMI $1 million “in the event Source breaches this provision.”

“Mr. Sajudin has been unable to discuss the circumstances regarding his deal with American Media Inc. and the story that he sold to them, due to a significant financial penalty,” Marc revealed to CNN. “Just recently, AMI released Mr. Sajudin from the terms of his agreement and he is now able to speak about his personal experience with them, as well as his story, which is now known to be one of the ‘catch and kill’ pieces. Mr. Sajudin hopes the truth will come out in the very near future.”

Marc also explained that he can’t discuss the exact date that Dino was released from the AMI contract due to another agreement he made in order to get him released. Now that Dino is no longer in the contract, he doesn’t owe any money to AMI. “He’s a blue-collar worker and a million dollars would have ruined him for life,” Marc admitted.

Back in April, Dino first told CNN about his knowledge on Donald’s alleged affair and child but AMI called the story “not credible” and denied there was any connection between the knowledge and Donald and his attorney at the time, Michael Cohen.

The story has already been gaining attention all over social media and some celebs, including Alyssa Milano and Jeffrey Wright, have been tweeting out the information.