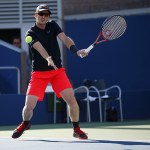 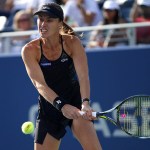 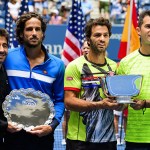 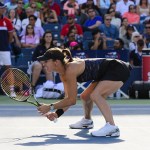 Get ready to close out the summer with some hot tennis action! The U.S. Open kicks off soon, so get all the details, including when Venus possibly takes on Serena! It’s sooner than you think!

The U.S. Open starts on Aug. 27 and ends on Sep. 9. It’s too soon for football. It’s months away from the start of the NBA season and World Series. Yet, the sports world will be hyped when some of the best tennis players head to New York City to play in the 138th edition of the U.S. Open. Rafael Nadal and Sloane Stephens are back to defend their titles, and they’ll be joined by stars like Angelique Kerber, Caroline Wozniacki, Roger Federer, Novak Djokovic, Alexander Zverev, Madison Keyes, Serena and Venus Williams. The action from the Billie Jean King National Tennis Center in Queens will be amazing, so fans better tune in when round 1 kicks off on Aug. 27.

ESPN is your hook-up for coverage. The tournament will be broadcast across ESPN’s collection of channels. For those who will be away from their televisions during the day, WatchESPN will offer a live stream (as will the Tennis Channel, for those who prefer their coverage over “the worldwide leader in sports.”)

Serena and Venus might play each other in the third round. The U.S. Open draw and seeding has set up some potential dream matches in the earlier days in the tournament. Roger Federer and Novak Djokovic (or Nadal) could meet in the quarterfinals. That’s normally a match worthy of a Grand Slam final, and it’s not even the semi. Similarly, Serena and Venus (who are seeded No. 17 and No. 16, respectively) could meet in the third round, per The Guardian, with the winner possibly going on to face the world No. 1, Simona Halep, in the fourth round. Needless to say, it pays to pay attention at the start of the tournament.

So, are Venus or Serena going to win this? Maybe. Venus, 38, hasn’t won the US Open since 2001 (her second victory there.) Serena has had considerably better luck there, winning the tournament six times – the most-recent being 2014. Serena’s last Grand Slam victory was the 2017 Australian open, but she was a finalist at Wimbledon in July.

“The hard courts have been more problematic for [Serena] than the grass at Wimbledon,” ESPN tennis analyst Patrick McEnroe said ahead of the tournament. “At the Open, she will have to hit more balls and rely a little less on her serve. But she’s still the ultimate competitor and nobody should ever forget that.”