Do you feel old yet? Jon and Kate’s sextuplets just started the eighth grade and their twins entered senior year. But while their first day photo is SO cute, two Gosselin kids are MIA! What’s up?

Jon & Kate Plus 8 started over a decade ago, but we’re still having a hard time wrapping our brains around the fact that Jon and Kate Gosselin‘s little kids aren’t little kids anymore. In fact, the sextuplets just started the eighth grade and their older twin sisters started their senior year. Kate, 43, posted a first day photo on Instagram to prove it! “This was yesterday!” she wrote. “Feels like school never ended…and they’re already back! #ProudMom.” With the teenagers standing outside in a group wearing school uniforms, only true fans would be able to tell Mady, Cara, Alexis, Aaden, Leah and Joel apart — they look so much alike! But let’s not ignore the elephant in the room. Where the heck are Hannah and Collin? We thought the first day of school was usually a family affair!

We can’t help but think this has a little something to do with the Instagram live Jon posted on August 20, saying he had full custody of his daughter Hannah. He said she lived with him permanently, and she was seen singing in the background of the video and bringing him a plate of hot dogs. We wouldn’t be too surprised if the custody claims turned out to be true because Hannah has spent more time with Jon than the rest of her siblings. She is all over her dad’s Instagram account road tripping, getting ice cream and hanging at restaurants. While Mady and Cara have said that Jon doesn’t even know them anymore, Hannah spent Father’s day with her pops and his girlfriend Colleen Conrad. They even posted a sweet pic together on her birthday, complete with a cake and pizza — and her brother Collin! Talk about a plot twist.

Looks like Collin is the only other Gosselin kid to reunite with their dad recently, so could that explain his absence in the family photo? It seems like a crazy coincidence that these two in particular would be missing in action. 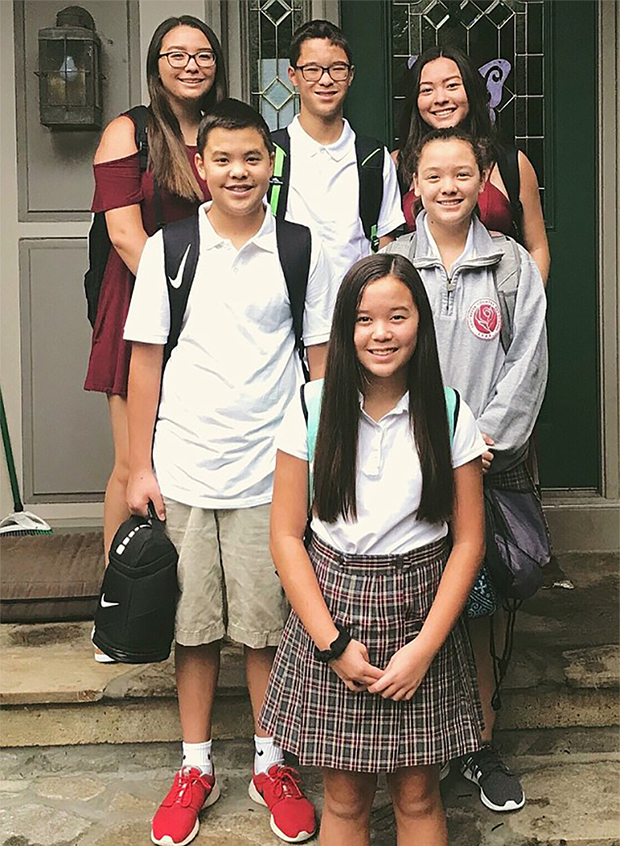 Whatever the case, we hope all eight of the Gosselin kids had an awesome first day of school! Can you imagine hitting the halls with so many siblings by your side? That’s got to be so fun!