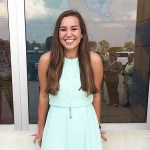 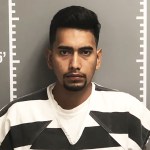 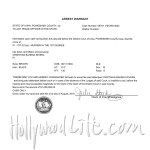 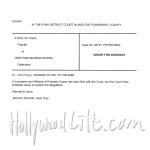 Mollie Tibbetts’s autopsy results are in after her body was found on August 21 in Iowa. The State Medical Examiner determined that her death was a homicide, resulting from ‘multiple sharp force injuries.’

Mollie Tibbetts’s death has been ruled as a homicide, according to an official press release by the Iowa Department of Public Safety, which contains autopsy results. “The Iowa State Medical Examiner conducted an autopsy yesterday, August 22, 2018, on the body confirmed to be Mollie Tibbetts, and drew some preliminary conclusions,” the release states. “The State Medical Examiner determined that the manner of death was homicide resulting from multiple sharp force injuries. Further examination may result in additional findings.  Autopsy reports are confidential under Iowa law, except for the cause and manner of death. (Iowa Code § 22.7(4)(c)).” The agency says further examination may result in additional findings.

Tibbetts, 20, disappeared on July 18 after she went out for a job in Brooklyn, Iowa. After more than a month of searching, investigators located her body in a farm field in rural Poweshiek County on August 21. Cristhian Bahena Rivera, 24, was charged with first-degree murder in Tibbetts’s in the Iowa District Court for Poweshiek County on Tuesday, August 22. Police confirmed that Rivera was seen on surveillance footage driving in a Chevy Malibu in the area where Tibbetts was running. An affidavit said Rivera led investigators to her body, which was covered in corn stalks, on August 22.

In another press release, Tibbetts family released the following statement:

“Our hearts are broken.

“On behalf of Mollie’s entire family, we thank all of those from around the world who have sent their thoughts and prayers for our girl.  We know that many of you will join us as we continue to carry Mollie in our hearts forever.

“At this time, our family asks that we be allowed the time to process our devastating loss and share our grief in private.

“Again, thank you for the outpouring of love and support that has been shared in Mollie’s name. We remain forever grateful.”

Tibbetts was heading into her sophomore at the University of Iowa, and was studying psychology. She was reported missing after she failed to respond to messages from her boyfriend, Dalton Jack, as well as when she did not show up to work at a daycare center.