Wardrobe malfunctions happen to the best of us! Kim Kardashian stepped out in a short pink dress and accidentally flashed her nude Spanx while heading to an LA party on Aug. 21.

This is officially Kim Kardashian’s Barbie phase, and we are living for it. The mom-of-three stepped out for the What Goes Around Comes Around party in Los Angeles in the tightest pink latex dress we’ve ever seen. Kim, 37, unfortunately suffered a wardrobe malfunction when her nude Spanx were visible as she walked around. Kim is no stranger to Spanx — they really do work magic — her dress was just a tad bit too short when she moved. Hey, it’s better than having no Spanx on at all!

“Sometimes I wear two pairs of body shapers on top of each other—especially when I am heavier, I def double it up,” Kim wrote on her website about her love for Spanx. “They really hold you in and make you feel secure!”

Kim paired her bubblegum pink PVC dress with a short bob and nude makeup. The makeup mogul also carried a bedazzled Judith Leiber Couture French fry purse, which costs over $5,000! She’s been rocking a fake tan lately to truly live up these last few weeks of summer. She suffered a fake tan mishap while in Miami, but her tan was blended to perfection for her latest event. 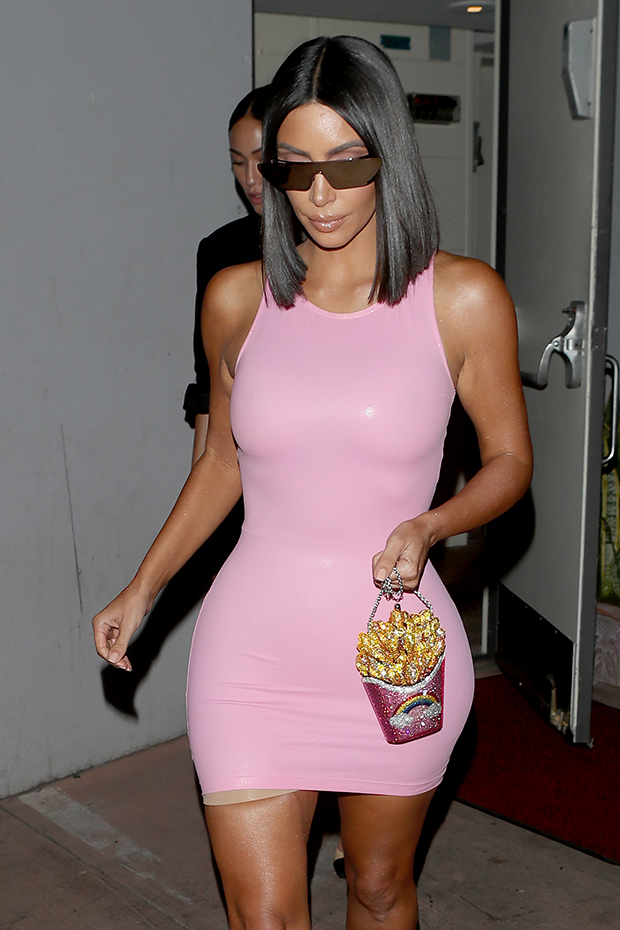 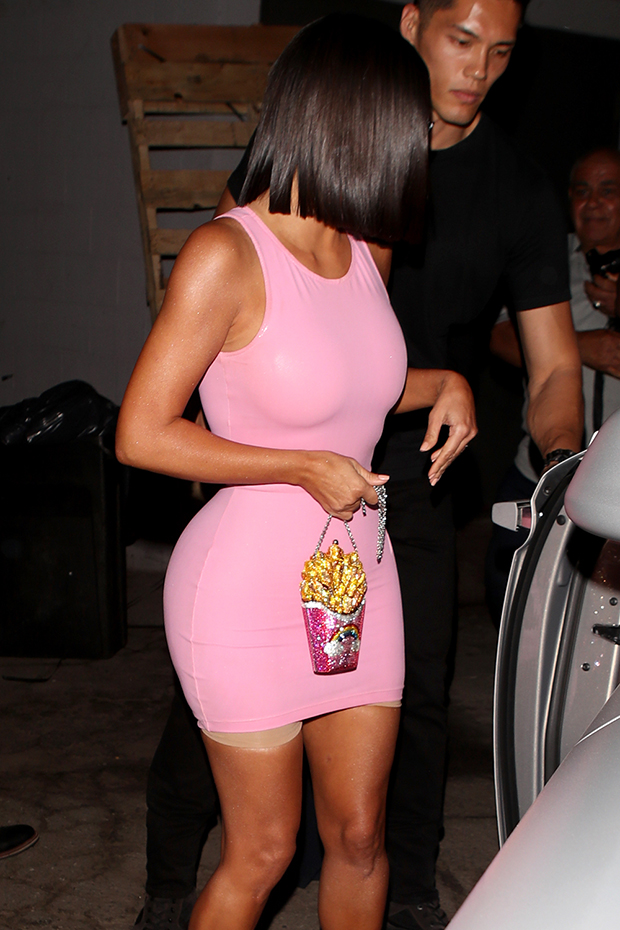 Kim has been slaying in so many neon outfits lately. She attended 2 Chainz’s wedding with hubby Kanye West, 41, on Aug. 18 in a tight neon green dress, while Kanye rocked a mint green Louis Vuitton suit. She also had a neon green wig to match her Lamborghini in Miami. For Kylie Jenner’s 21st birthday party, Kim sizzled in a neon pink mini dress with a sexy cutout. Kim’s looks have been the highlight of the summer — no pun intended!