Jinger welcomed her baby girl to the world a month ago, but she sure doesn’t look like a new mom! TBH, she looks exactly the same as she did before her pregnancy. What’s her secret?

Could it be? Jinger Duggar, 24, gave birth to her beautiful baby girl Felicity Nicole Vuolo just a month ago, but you’d never guess by looking at this new pic! Her husband Jeremy Vuolo, 30, shared a “Summer Sundays” shot on Instagram that has fans going wild. Even though Jinger is covering up her post-baby body in a pink long sleeve button-up and what looks to be a striped skirt, it’s clear that she’s looking super slim. Where did that baby weight go? “Jinger looks beautiful,” one fan wrote. “It is hard to believe that she just had a baby four weeks ago.” Uh, you can say that again! And it doesn’t hurt that the Counting On star is absolutely glowing in the pic, her curls pulled back away her face.

So how did Jinger get so slim so fast? While she hasn’t shared any of her weight-loss secrets, she did admit during a recent episode of her family’s show that she was going on three-mile walks and doing a hundred daily squats during her pregnancy. If she kept that routine up after delivering her little one, it’s no wonder she’s already snapped back! But judging from her Instagram, she’s also been getting in lots of down time with her baby girl. She’s been posting pictures of her nonstop, including a super sweet one of their “snuggle time.” And new dad Jeremy has been doing the same, even hanging with Felicity while studying for the fall semester of his seminary courses.

Parenthood hasn’t been a walk in the park for these two, though — at least on social media. They’ve actually had to deal with a ton of shaming on social media for everything from holding their little one to close to a computer screen to putting a “choking hazard” — a.k.a. a pink bow — on Felicity’s head. They can’t catch a break! 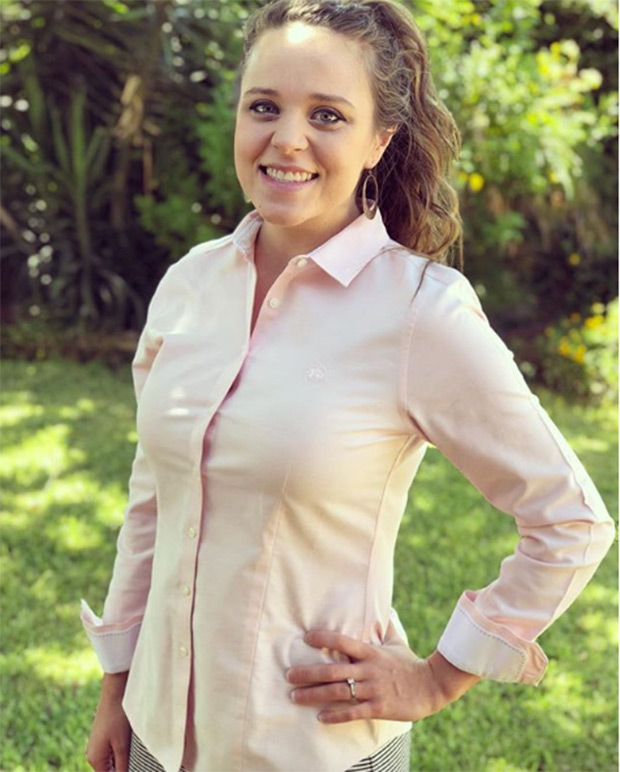 We hope these two are tuning out the haters and enjoying this exciting new chapter! But with Jinger back to looking like she did pre-pregnancy, we can’t help but wonder when she and Jeremy will try for a second.