Oh no! Ben Affleck is reportedly headed to rehab after his caring estranged wife, Jennifer Garner, staged an intervention where she pleaded with him to get help. We’ve got the details.

Ben Affleck has had a longtime battle with the bottle and reportedly has fallen off the wagon hard. TMZ reports that his condition got so bad that estranged wife Jennifer Garner staged an intervention at his Pacific Palisades home today, Aug. 22. The site reports that she sat him down and “begged him to get help,” but that he didn’t need any convincing. According to the site, he realized he has a problem and agreed to head to rehab. The site reports that Ben, 46, and Jen, also 46, drove off from his home just a short time ago at 6pm PST and that their destination was a treatment facility. Photos later showed Jen driving him to an undisclosed live-in location, where TMZ reported that he checked in for an extended stay. HollywoodLife.com has learned EXCLUSIVELY that contrary to TMZ’s report, he did not go willingly. “He was forced to go, he doesn’t feel like he has to go. He is doing it because he respects Jen’s wishes,” a source tells us.

This comes just two days after paparazzi took photos of a liquor delivery being made to Ben’s home. Inside a Pacifico beer box filled was what appeared to be a bottle of whisky in a blue case and some other bottles. His new lady friend, 22-year-old Playboy Playmate Shauna Sexton told the magazine in her May 2018 layout that her favorite drink is “Bourbon, for sure,” then adding “I like whiskey and soda, which makes people cringe, but I like it.”

Ben has had an ongoing battle with alcohol for years and he really needs to be around people who will support his sobriety and not party with him. Thank goodness that no matter what, Jen will always have Ben’s back when it comes to his sobriety, health and well being. She wants him to be there as a clear and present parent to their three children, Violet, 12, Seraphina, 9, and son Sam, 6. Below is a photo of Ben being driven to rehab by Jen and his puffy eyes make it appear that the intervention was particularly emotional. 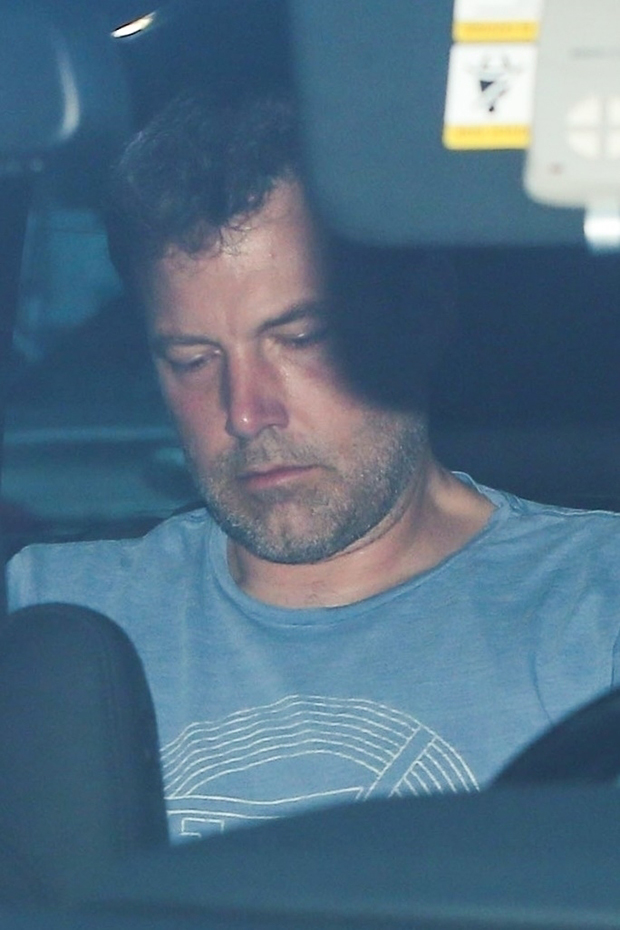 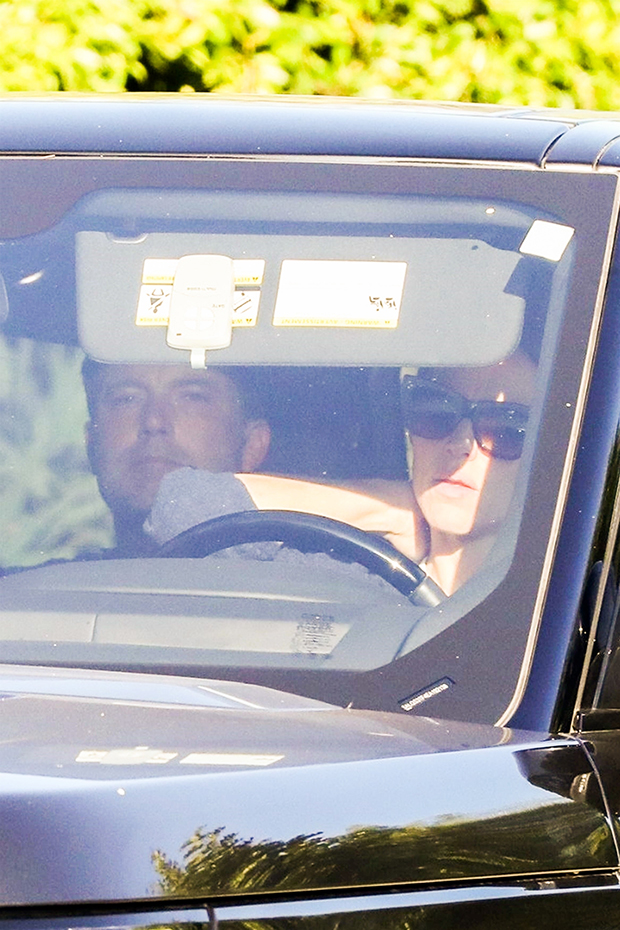 Ben has been to rehab several times and has continued to attend outpatient treatment centers to deal with his alcohol addiction. His first trip to get treatment was in 2001, but he completed a second stint in March of 2017. At the time he revealed in an emotional Facebook post, “I have completed treatment for alcohol addiction; something I’ve dealt with in the past and will continue to confront. I want to live life to the fullest and be the best father I can be. I want my kids to know there is no shame in getting help when you need it, and to be a source of strength for anyone out there who needs help but is afraid to take the first step. I’m lucky to have the love of my family and friends, including my co-parent, Jen, who has supported me and cared for our kids as I’ve done the work I set out to do. This was the first of many steps being taken towards a positive recovery.”