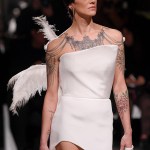 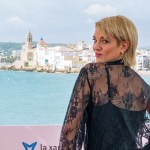 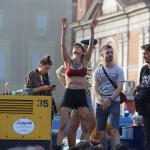 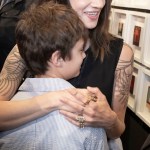 Asia Argento denies claims that she slept with actor Jimmy Bennett in 2013, but according to TMZ the actress reportedly admits they had sex in alleged text messages. See the alleged messages here.

Asia Argento, 42, one of Harvey Weinstein’s most prominent accusers, was accused of alleged sexual misconduct on August 19 by actor Jimmy Bennett. Bennett, now 22, claims that he was sexually abused by Argento in a California hotel room in May 2013, when he was 17, and Argento was 37; the age of consent in California is 18. Additionally, he claims that Argento paid him $380,000 over multiple installments to keep quiet about the alleged assault, according to documents obtained by The New York Times. HollywoodLife has reached out to Argento’s lawyer for comment but did not hear back at the time this story ran.

Argento has vehemently denied the accusations, releasing a statement on August 21 that read, “I have never had any sexual relationship with Bennett.” TMZ reports that they obtained text messages that are allegedly sent from Argento to an unnamed friend, which show a conversation in which the person whose messages are in grey, allegedly Argento, confesses to sleeping with someone underage; TMZ reports that it’s Bennett. You can see the messages HERE. The texts TMZ published read, in part, “I had sex with him it felt weird. I didn’t know he was a minor until the shakedown letter. The public knows nothing, only what NYT wrote. Which is one sided. The shakedown letter. The horny kid jumped me.”

Argento also allegedly texted the same friend a photo of a note written on Ritz Carlton stationary (the hotel where the alleged assault reportedly happened), reportedly from Bennett. It reads, “Asia, I love you with all my heart. So glad we met again and I’m so glad your in my life. Jimmy.” The subsequent text, again allegedly from Argento, says, “He wrote me this afterward and kept sending me unsolicited nudes all these years up until 2 weeks before the attorneys letter. It wasn’t raped [sic] but I was frozen. He was on top of me. After, he told me I was his sexual fantasy since [he] was 12.”

Bennett claims that Argento allegedly gave him alcohol and letters she had written for them during the May 2013 meeting at the hotel, according to the NYT docs. She allegedly “kissed him, pushed him back on the bed, removed his pants, and performed oral sex,” before allegedly having intercourse with him, also according to the documents obtained by NYT. The documents also reportedly include more pics of Bennett and Argento together, topless in bed. Argento didn’t hide that she met up with Bennett the same day the alleged assault reportedly happened in May 2013. She posted a photo with him on Instagram, captioned, “my son my love until I will live”; Bennett played her son in the 2004 movie The Heart Is Deceitful Above All Things, when he was seven years old.

Bennett’s lawyer sent Argento papers in November 2017 regarding his intent to sue, claiming that her alleged “sexual battery” affected him emotionally. Bennett, a successful child actor, claimed that he made nearly $3 million in the five years before the alleged assault. His earnings in the year afterward dropped to $60,000, and he claimed that the alleged assault was to blame. His intent to sure documents read, “Jimmy’s impression of this situation was that a mother-son relationship had blossomed from their experience on set together.”

The NYT reported that Bennett asked Argento for $3.5 million in damages, but by April 2018, lawyers, according to NYT, agreed that Argento would allegedly pay Bennett $380,000 in installments over the course of a year and a half.