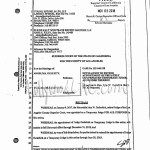 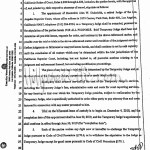 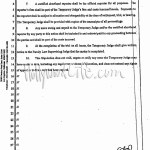 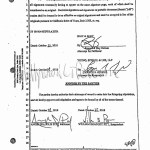 Biggest bombshells, ever! A shocking new report claims Angelina Jolie is trying to speed up her divorce from Brad Pitt so she can marry her alleged new wealthy boyfriend! — Get the tea on her reported new man!

Angelina Jolie, 43, has reportedly fallen for a British billionaire and philanthropist! — The actress has allegedly fallen so hard for this mystery man that she’s trying to speed up her divorce with Brad Pitt, 54, In Touch magazine claims. “A quicker divorce means Angelina would be free to marry again,” a pal of hers tells the mag. “She’s desparate to get married as soon as she can.”

The Maleficent actress allegedly has a plan to get things moving to finalize her divorce. On August 7, Angie’s attorney reportedly filed a court brief, requesting for a judge to grant them bifurcated divorce, which allows spouses to be come legally divorced. This is typically a case in which one spouse wants to remarry before their issues, like custody and finances, with their former partner have been resolved. The day after that (August 8), the mag alleges Brad’s attorneys then went after Angie’s, claiming her legal team made the move because HE was the one who intended to do the same.

While Angie’s alleged new man remains nameless, he’s apparently very hardworking. Angelina is reportedly impressed by his dedication to his work, as well as his fortune. “She thinks she’s found a real winner in husband No. 4… Angelina really feels like she hit the jackpot with her Englishman,” the source admits. The two were reportedly introduced by a mutual friend in the human rights community, and they’ve reportedly tried to keep their romance discreet ever since.

As for the alleged wedding? — The mag goes on to report that Angie “is determined to have a quiet, elegant wedding ceremony that’s under the radar in the English countryside.”

And, as for Brad? — The actor is reportedly aware of Angie’s alleged new boyfriend, and he isn’t happy. — However, not because he’s jealous, but because his concern and priority lies with their six children — Maddox, 16, Pax, 14, Zahara, 13, Shiloh, 12, Knox, 10, and Vivienne, 10. “He’s dead set against her man being involved with the kids’ lives right now,” the source says. Brad is reportedly focused on repairing his relationships with each of his kids, and this is the last thing he needs.

Brad’s been a single man since late 2016, after him and Angie called it quits in September of that year. The two went through a nasty and very public divorce and custody battle, until they decided to have the court docs sealed for the sake of their children’s privacy. After many months of their lawyers going back and forth, a recent report claimed Brad and Angie reached a temporary custody agreement in early June 2018 that would allegedly last the summer. A judge reportedly ruled that five of their six children. Maddox, 16, their oldest child, on the other hand, is allegedly able to go with either parent of his choosing because of his older age.