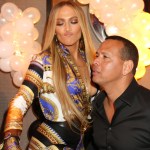 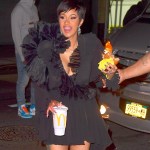 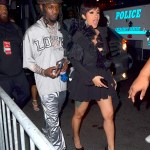 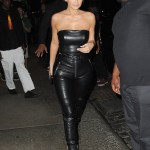 Tiffany Haddish got freaky on the dance floor with Maxwell at J.Lo’s MTV VMAs after-party on Aug. 20. See the pic of the two grinding — with Unik Ernest nowhere to be seen!

Tiffany Haddish, 38, had an unexpected dance partner at Jennifer Lopez’s 2018 MTV VMAs after-party in Beauty & Essex nightclub on Aug. 20. And it wasn’t the man she’s been reportedly seeing for three months, NYC socialite and philanthropist Unik Ernest! Singer Maxwell, 45, got a front-row show of the Night School star’s moves — or rather, a front-row seat! Tiffany backed up her rear end into the “Fortunate” singer, hiked up a leg and grinded away! To most, that’s a bit awkward, since Unik attended last night’s VMAs. But to Unik, not really. “Tiffany and Unik didn’t split up because they were never an exclusive couple, so there’s no issue with her flirting with Maxwell,” a source close to Tiffany shared EXCLUSIVELY with HollywoodLife. “Tiffany’s a free agent and she’s totally free to flirt with whoever she wants.”

And apparently, Unik’s not jealous. We can even expect to see future collaborations between him and Tiffany! “But there’s no drama with her and Unik, they’re still on great terms and actually have some exciting film and charity projects they’re working on,” our source added. “Nothing has changed with them.” Exciting might be an understatement, considering Unik’s connections with top celebrities and figures. He even attended former president Barack Obama’s inauguration! But Tiffany just wants to enjoy her own fame, without being tied down.

“Tiffany says she wants a boyfriend but when it comes down to it she really doesn’t feel like she can commit right now, her career comes first,” our source went on. “As much as there’s a part of her that wants to be in love, that’s just not her priority.” So, it looks like the romance between Tiffany and Unik — whom first met at the premiere for Solo: A Star Wars Story in May — will be a slow one. Understandable, since Tiffany’s still riding the career high of her upcoming movie, as well as the fame her 2017 film Girls Trip brought on! “She knows this is her ‘moment’ when it comes to her career and she’s soaking it all up. She’s truly living her best life right now — and that includes bumping and grinding with Maxwell.”

From grinding in a crystal bodysuit to throwing shade Fifth Harmony’s way during her opening routine at the VMAs, it sure was a wild night for the actress. We’d have to let loose too if Nicki Minaj, 35, indirectly told us to “not come after Fifth Harmony” — in front of everyone at the VMAs!