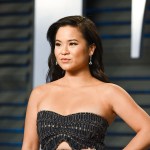 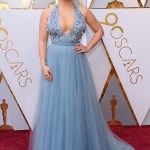 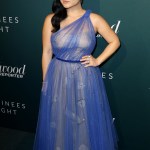 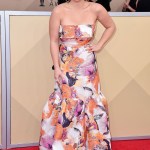 Kelly Marie Tran will not be silenced. TheStar Wars: The Last Jedi actress, 29, bore the brunt of online outrage by so-called “fans” who had a problem with her character, Rose Tico. Despite the fact that the Star Wars newcomer had nothing to do with the development of her character, the script, or anything else that made the movie tick, trolls decided that she should be the subject of sexist and racist hate. It forced Kelly to quit social media altogether, and she’s speaking out about it for the first time, two months later. She penned a beautiful, heartbreaking essay for The New York Times that described the horrific ordeal she went through, that caused her to question her identify as an Asian woman, and doubt her place in Hollywood.

“As much as I hate to admit it, I started blaming myself. I thought, ‘Oh, maybe if I was thinner’ or ‘Maybe if I grow out my hair’ and, worst of all, ‘Maybe if I wasn’t Asian,'” Kelly wrote. “For months, I went down a spiral of self-hate, into the darkest recesses of my mind, places where I tore myself apart, where I put their words above my own self-worth.

“And it was then that I realized I had been lied to,” she continued. “I had been brainwashed into believing that my existence was limited to the boundaries of another person’s approval. I had been tricked into thinking that my body was not my own, that I was beautiful only if someone else believed it, regardless of my own opinion. I had been told and retold this by everyone: by the media, by Hollywood, by companies that profited from my insecurities, manipulating me so that I would buy their clothes, their makeup, their shoes, in order to fill a void that was perpetuated by them in the first place.”

She went on to write that she wants to live in world where children of color, as she once was, “don’t spend their entire adolescence wishing to be white.” And a world where women aren’t scrutinized for “their general existence.” She ended her essay on a powerful note, telling her detractors that she is not giving up! “You might know me as Kelly,” she wrote. “I am the first woman of color to have a leading role in a Star Wars movie. I am the first Asian woman to appear on the cover of Vanity Fair. My real name is Loan. And I am just getting started.”