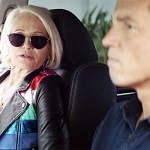 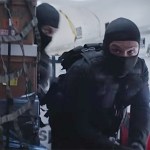 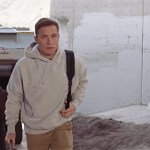 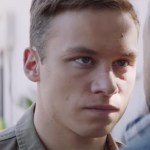 The ‘Animal Kingdom’ season 3 finale is here, and it’s going to be one heart-stopping hour. In our EXCLUSIVE preview, Smurf figures out that someone’s been stealing from her and points the finger at one of her own.

Smurf (Ellen Barkin) is looking for answers, and she’s going to do whatever it takes to get them. In this EXCLUSIVE preview of the Animal Kingdom season 3 finale, Smurf goes through papers in front of Pope (Shawn Hatosy). She stars calling out the names of the holding companies Morgan set up to sell their missing property. Morgan sold them to holding companies instead of individuals to keep her name off the transfer titles. A clever move.

Jay signed off on these papers as power of attorney and claims he didn’t know what he was signing. Apparently, Morgan put a lot of papers in front of him to sign. Smurf then starts Pope asking if the names of the companies ring any bells to him. He shakes his head. Smurf doesn’t believe him.

“Your initials. All of your initials. Andrew David Cody, Craig William Cody, Darren Cameron Cody…” Smurf says. The evidence is piling up. “Okay, you think we ripped you off?” Pope asks. He promises Smurf that he didn’t. “You sure?” Smurf asks him. He says he’s sure. Boy, let’s hope he’s telling the truth because hell hath no fury like a Smurf scorned.

The synopsis for the episode — “The Hyenas” — reads: J (Finn Cole) realizes the danger of balancing his role in the family with his personal ambitions. Deran (Jake Weary) wants to take his relationship with Adrian (Spencer Treat Clark) to the next level, but it’s not as easy as he hoped. Frankie (Dichen Lachman) opens new doors for Craig (Ben Robson). Smurf offers to give the boys the independence they’ve been asking for, but it doesn’t come for free.” The Animal Kingdom season 3 finale airs Aug. 21 at 9 p.m. on TNT.