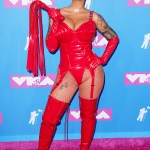 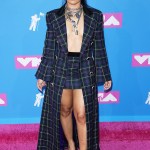 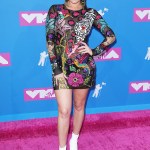 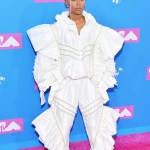 Slay, girl! Teyana Taylor looked sexy as ever when she hit the red carpet at the 2018 VMAs on Aug. 20. She rocked that crop top and pants combo like no other!

Teyana Taylor absolutely KILLED it on the MTV Video Music Awards red carpet this year! Although the singer isn’t nominated herself, she attended the show as a presenter, and definitely turned heads as she entered the event. Teyana rocked quite an interesting ensemble, as she wore a pair of black, baggy pant and a white, cut-off tank top.

The outfit allowed her to put her abs on full display, and she showed even more skin with cutouts on the back of her pants. Teyana completed her look with her hair styled in a pixie cut, and kept comfortable by opting for sneakers instead of heels. The singer oozed confidence as she strutted down the red carpet, and her dark lipstick added a level of fierceness to the unique look.

It’s been an interesting week for Teyana, as she made the decision to dismiss herself from Jeremih’s tour on Aug. 15. The tour began on Aug. 3, but after less than two weeks on the road, Teyana took to Twitter to claim that she’d been “extremely mistreated” and would not be finishing out the remaining dates. She also went off on Jeremih in a wild rant, in which she called him “sneaky,” “jealous,” and “conniving,” among other insults. After making the decision to leave the tour, Teyana announced on Aug. 16 that she would be doing the tour solo, with Jeremih being removed from the remaining dates. 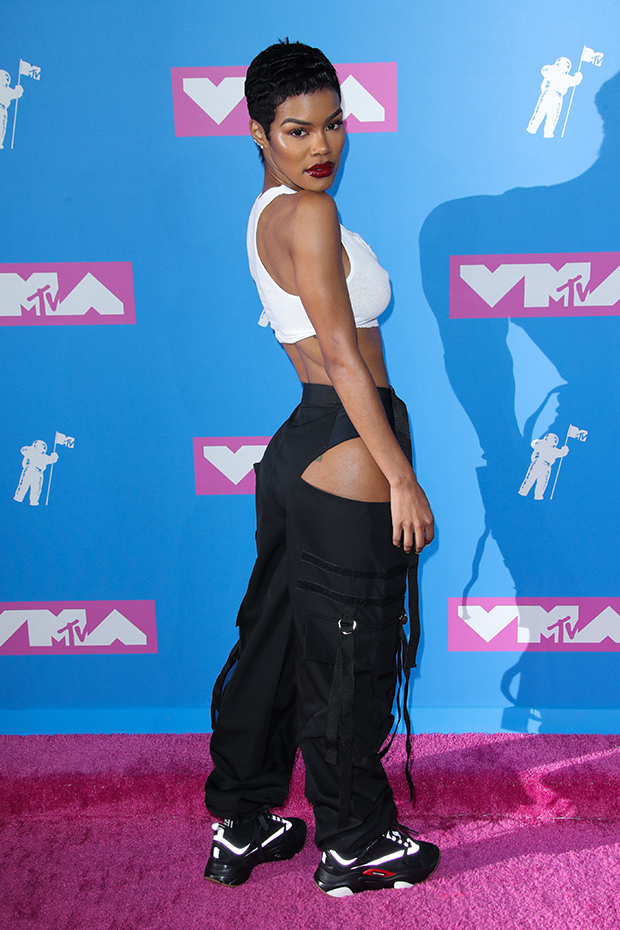 Despite all this drama, Teyana seemed completely unbothered when she hit the VMAs carpet. The show is one of the biggest nights in music, with stars like Jennifer Lopez, Nicki Minaj and plenty more hitting the stage for sure-to-be epic performances. Teyana will certainly be in good company!