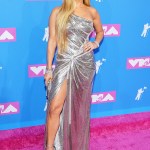 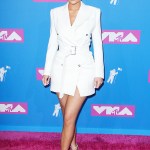 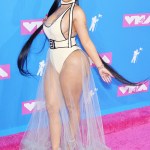 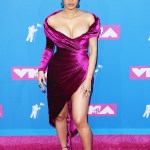 Look who showed up! Olivia Munn looked absolutely incredible when she hit the red carpet at the VMAs on Aug. 20. We can’t get enough of her sexy purple dress!

Olivia Munn always knows how to kill it on the red carpet, and she was at it once again when she attended the MTV Video Music Awards on Aug. 20. The actress attended the event as a presenter, but she looked like she could be the star of the show when she walked the red carpet in a strapless purple gown, which shimmered as she posed for photos. The ensemble featured a thigh-high slit, which allowed Olivia to put some MAJOR leg on display while she posed on the carpet. She completed her look with her hair down in loose curls, along with open-toed heels and a glistening Anita Ko choker.

Some of the biggest names in music, like Ariana Grande, Nicki Minaj and Shawn Mendes, are performing at this year’s VMAs, but it’s great to see stars from other industries, like Olivia, showing their support! Olivia actually attended the VMAs last year, as well, and showed off her lean legs in a short, hand-embroidered dress on the red carpet. She certainly doesn’t disappoint when it comes to this show! Earlier this summer, Olivia also attended another MTV award show — she looked great the MTV Movie & TV Awards, as well.

While Olivia attended the VMAs solo, she’s been the subject of quite a few relationship rumors over the last year. Olivia broke up with her longtime boyfriend, Aaron Rodgers, in the spring of 2017, so obviously she’s a hot commodity. However, she had to shut down reports that she was dating Chris Pratt and Justin Theroux in 2018. 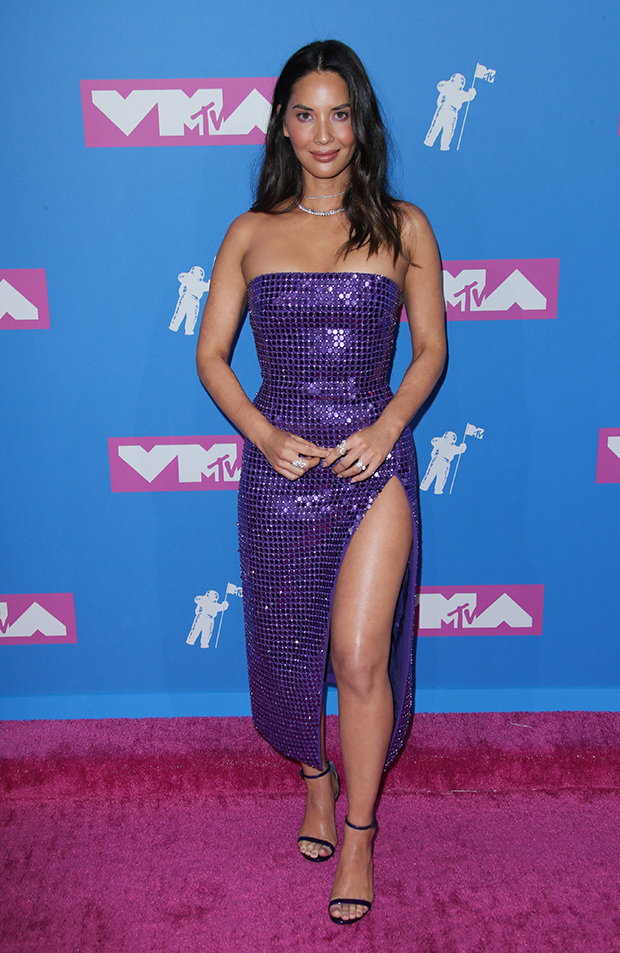 “Dear Tabloids, please stop matching me with my friends’ exes,” she wrote, in response to a rumor that she was seeing Justin. “No disrespect to people who do date their friends’ exes, that’s just not my style.” Not having a man seems to suit Olivia just fine based on this red carpet look, though!