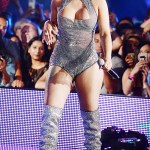 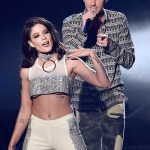 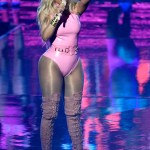 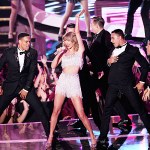 The MTV Video Vanguard Award is one of the most coveted honors a musician can receive! Join us in taking a look back at the winners of years past!

Jennifer Lopez, 49, is set to receive the Michael Jackson Video Vanguard Award at this year’s MTV Video Music Awards, and we can’t think of a better choice! J.Lo not only has had a career of longevity, but she’s delivered some of the biggest pop hits of the past few decades! Jennifer’s win marks her joining a long, (and iconic) list of stars who have previously gone home with the award. Superstars like Rihanna, 30, Beyonce, 36, and Britney Spears, 36, are on that list – to name a few!

Just two years ago, Rihanna was awarded the Video Vanguard Award, and MTV honored the “Diamonds” singer in the best way. Riri was asked to perform not one, but FOUR times throughout the night. It was Rihanna’s night and no one else’s! Drake gave the crowd the sweetest speech about Rihanna as he officially handed her the award. They might not be friends anymore, but it was cute at the time!

It’s no surprise that Beyonce has also been dubbed a Video Vanguard recipient. The 2014 VMAs belonged to the Beyhive, and the singer’s award was presented by none other than her husband Jay-Z and daughter Blue Ivy Carter. Plus, the night included a 16 minute medley from her self-titled studio album. I-c-o-n-i-c.

Back in 2011, the VMAS belonged to Britney Spears, when the pop star was chosen to be honored with the Video Vanguard award that year! Britney may not have performed, but the singer who gave us “Toxic,” and “Oops I Did It Again,” was honored with an epic dance tribute performed to a medley of her hits!

Before watching J.Lo accept her big award, check out a list all of the past Video Vanguard winners below!