That look isn’t a ten. No, when Millie Bobby Brown walks a red carpet, she always brings it up to an eleven. Just look at her outfit for the 2018 MTV Video Music Awards.

As one of the most stylish Gen-Zer’s in Hollywood, Millie Bobby Brown, 14, always knows how to make an entrance at an award show. She certainly made a splash at the the MTV VMAs on Aug. 20th when she arrived at the red carpet wearing an all-black ensemble that is anything but boring. The high-low cut of the high-waisted pants is super unique and check out those really cool toile accents on your shoulders. So different!

While Millie isn’t nominated for a VMA Award — yet! — she certainly has enjoyed being a lively participate in the music scene all year. From going to Coachella to see Beyonce, to hitting up Taylor Swift‘s Reputation tour, to being in Maroon 5‘s smash video ‘Girls Like You,’ MBB is making herself very known by all of the heaviest hitters in music. In fact, she’s actually seated just a short distance away from Cardi B, who she most definitely idolizes.

While fans will surely be excited to watch Millie have the time of her life at the show, if they’re fans of Stranger Things, they’re probably also secretly hoping that she’s back on a plane to Atlanta as soon as the show is over. It was announced that the third season of the hit Netflix show was pushed back nearly a whole year, as it’s set to debut in Summer 2019. From what Millie, Finn Wolfhard, David Harbour, and other members of the cast have said in recent interviews, the team is only about halfway through filming. So… have your fun tonight, MBB, but then it’s time to get back to Hawkins and wrap this thing up lady! 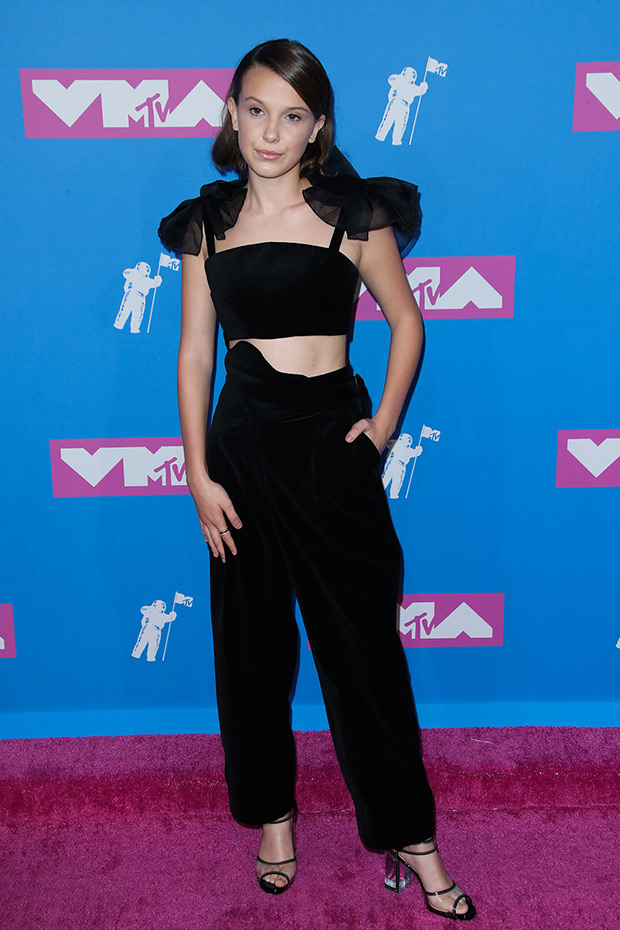 Millie will be sitting front and center at the show, between Camila Cabello, Shawn Mendes, and now Travis Scott and Kylie Jenner, who moved seats away from Nicki Minaj after their feud over who’s reigning supreme on the album charts. Don’t get caught in the crossfire, kid!