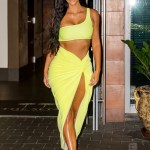 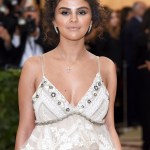 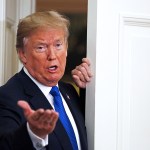 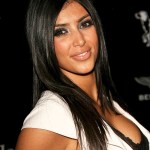 Kim Kardashian took to Snapchat to share a video that showed her getting ready for an event on Aug. 18 and in it, she totally addressed her recent spray tan gone wrong in the best way.

Kim Kardashian, 37, wasn’t afraid to address her recent spray tan fail in a new Snapchat video and it was quite amusing. The Keeping Up with the Kardashians star took to Snapchat on Aug. 18 to share a video of herself getting ready while wearing a gorgeous neon green latex dress and she couldn’t help but joke about the mishap. ” Back at it, now let’s blend properly,” she says with a laugh as a man can be seen blending in tanner on her legs. “Please, please. Blotchy tanner is not in.”

The joke comes right after Kim made headlines for stepping out in Miami on Aug. 17 while wearing a similar neon green dress that revealed a spray tan that turned out noticeably blotchy in her upper thigh area. Although it definitely caught some negative attention from beauty critics, it was good to see Kim laugh it off and keep on keeping on the day after.

Since she’s constantly in the public eye, Kim’s used to being praised and criticized for her looks but she’s not the only celeb who has had a beauty malfunction. Her younger sister, Khloe Kardashian, 34, recently had her own spray tan malfunction when she stepped out for a casual outing and revealed hands that were much lighter than the rest of her skin. No matter how big the star or how much preparation goes into getting ready, Kim and Khloe have proved that beauty malfunctions can still sometimes happen to the best of them and it’s okay when they do!

Kim seems to constantly be on the go in various outfits and makeup looks so it’s only natural that she would encounter a problem once in a while. We think she still managed to own the spray tan malfunction just like she owns everything else so props to her!