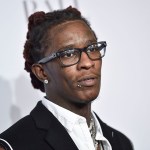 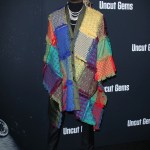 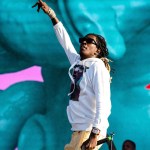 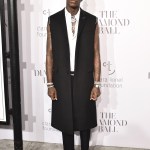 Thugger, what were you thinking?! The rapper was arrested at his listening party for gun possesion. Watch the crazy video below!

Young Thug, 27, was forced to end the party early at his August 16 listening event, when police placed him in handcuffs. The rapper, who hosted the party in support of his latest mixtape Slime Language, reportedly brought a firearm with him to the bash, resulting in the whole thing getting shut down early! The party which was held at Dave & Buster’s in Los Angeles, was supposed to double as the rapper’s birthday party as well. Instead, Young Thug spent the last hours of his b-day taking a trip to the slammer!

In a fan-taken video of the incident, Young Thug is seen on the sidewalk outside the venue, wearing a multi-colored rainbow jacket. Cops can be seen leading him to their car, while detaining the rapper with both hands behind his back. “Cops playing wit my man,” the fan captioned the video as he captured the drama. He wasn’t the only one upset about Thugger’s arrest. Fans who had been waiting for hours to get into the party were furious! “I waited outside of Young Thug’s listening party at Dave and Buster’s for about 2 hours and right when I was about to get in, Young Thug gets arrested in the whole party get shut down… soooo salty bruh,” one fan tweeted.

This isn’t the first time the rapper has gotten himself in trouble for carrying a gun. He was slapped with a felony back in 2017 for possession of a firearm, in addition to various drug charges. At the time, a police report from the Brookhaven Police Department, said Young Thug and friend Cedric Jones were “charged with possession with intent to distribute marijuana, possession of Xanax, possession of codeine, possession of ecstasy and possession of a firearm.” Even before that, the “Best Friend” rapper had run ins with the law. When in 2015, his home was raided by police, weapons were discovered, resulting in three counts of felony gun possession.

#PressPlay: A fan spotted #YoungThug being arrested outside of his listening party. No further details are available at the moment, we’ll keep you updated. via. @omar_fxc

Hopefully Young Thug can get back to celebrating soon, Slime Language is out now! The 15-track release features assists from  the likes of Lil Baby, Lil Uzi Vert, Gunna, Jacquees, Tracy T and more! Thugger – it’s fine to shut the party down, but not literally!