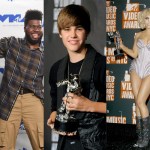 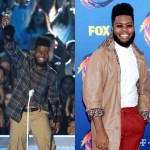 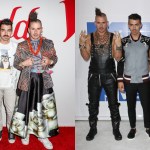 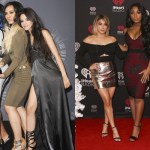 Best New Artist is one of the most coveted awards at the VMAs! Before we see who takes it home in 2018, take a look at the past winners, then and now!

The MTV Video Music Awards are always a night to remember. Every year we wait with bated breath to find out who won Video of the Year, who’s getting the Video Vanguard Award — and who wins Best New Artist! Winning Best New Artist is like getting inducted into an exclusive club. The majority of artists and bands who win go on to major success and fame. It’s like striking a goldmine.

Lady Gaga won Best New Artist at the VMAs in 2009 for “Poker Face,” beating out 3OH!3 (“Don’t Trust Me”), Drake (“Best I Ever Had”), Kid Cudi (“Day ‘n’ Night”), and Asher Roth (“I Love College”). What a year. There’s no doubt that Gaga had incredible star power after she put out “Poker Face,” and winning the VMA only solidified it. Nine years later, Gaga is one of the biggest pop artists of our time. She’s sold out stadium tours, released 5 albums, including The Fame, Art Pop, and Joanne, and even did the 2017 Super Bowl halftime show. There’s nowhere to go but up from here.

The next year, 2010, we were introduced to a tiny muffin named Justin Bieber. Justin was only 15 years old when he debuted his first single, “Baby”. And he took home the Best New Artist VMA! He beat out Broken Bells (“The Ghost Inside”), Jason Derulo (“In My Head”), Kesha (“Tik Tok”), and Nicki Minaj (“Massive Attack”). You’re reading HollywoodLife; you know exactly what Justin’s been doing for the last eight years. Four studio albums, high-profile relationships, and personal drama later, Justin’s about to get married to Hailey Baldwin! So when are we getting new music?

Who’s next? We won’t find out for a few days, but the nominees this year are great. It’s a fight between Bazzi, Cardi B, Chloe x Halle, Hayley Kiyoko, Lil Pump, and Lil Uzi Vert. May the best one win!

For more then-and-now pics of former VMAs Best New Artist winners, like Maroon 5, Alanis Morissette, 50 Cent, and even Hootie & the Blowfish, scroll through our gallery above. You’d be surprised at how much people have changed over the years!