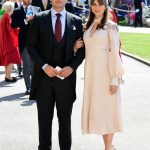 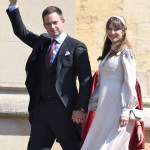 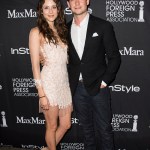 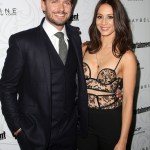 Troian Bellisario may be welcoming her first child into the world much sooner than we were expecting! See the first pictures of her baby bump, here.

Troian Bellisario, 32, has been hush about her unconfirmed pregnancy. But these pictures are all the confirmation we need! On Aug. 16, the former Pretty Little Liars actress was photographed sporting a noticeably round baby bump while walking her pooches. But the pooch on her stomach couldn’t be hidden by her incognito attire consisting of a large ripped tank, sunglasses and baseball cap! SEE PICS OF TROIAN BELLISARIO’S BABY BUMP, HERE.

This is the public’s first glimpse at her fully developed baby bump! And it’s much larger than fans anticipated, given that they just learned about her pregnancy a little over a week ago. A report surfaced on Aug. 6 that she was expecting her first child with Patrick J. Adams, 36, according to an E! News source. But no official news on the pregnancy has come from the lips of Troian or her husband, whom wed on Dec. 10, 2016.

Fans may have seen Troian’s baby bump before and didn’t connect the dots! She was photographed in a one-piece swimsuit with her husband in Mykonos on May 27. That was just shy of three months ago, making it very possible that we were seeing the beginning stage of her pregnancy!  Seriously, whenever a picture of the mysterious Troian make headlines these days, it’s almost guaranteed to be a shocker. Right before the Mykonos beach picture circulated the news, she was last seen at the event of the decade: the Royal Wedding! Patrick, who also used to star on Suits, was in the pews to see his former co-star Meghan Markle, 37, become Prince Harry’s wife. Fitting the grand occasion, Troian wore a stunning Sophia Webster dress in a blush shade. Now, we can’t wait to see how Troian will be rocking maternity dresses!