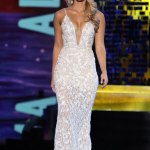 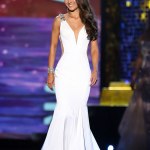 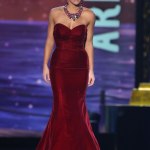 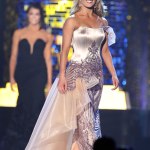 The new Miss America ceremony is just weeks away but the current titleholder is reportedly furious with the organization and its chair Gretchen Carlson. And she’s made her feelings crystal clear.

They’ve gotten rid of the swimsuits and fired the former CEO after X-rated emails mocking the contestants were leaked to the press. Now, just weeks before the new Miss America is crowned on Sept. 9, the current titleholder Cara Mund has written a scathing letter slamming the organization. The 24-year-old – who won the crown in September 2017 – accused CEO Regina Hopper and the chairwoman, former Fox News host Gretchen Carlson of trying to silence and “disrespect” her, according to an Associated Press report.

The letter was supposedly sent to former Miss Americas on Aug. 17 and it’s beyond embarrassing given that the pageant is supposed to be focusing on female empowerment. “Let me be blunt: I strongly believe that my voice is not heard nor wanted by our current leadership; nor do they have any interest in knowing who I am and how my experiences relate to positioning the organization for the future,” Cara wrote. “Our chair and CEO have systematically silenced me, reduced me, marginalized me, and essentially erased me in my role as Miss America in subtle and not-so-subtle ways on a daily basis.”

Just in case it wasn’t clear that Cara was accusing her bosses of shading her, she added, “After a while, the patterns have clearly emerged, and the sheer accumulation of the disrespect, passive-aggressive behavior, belittlement, and outright exclusion has taken a serious toll.” Cara went on to accuse the pageant handlers of criticizing her fashion sense and allegedly telling her they’d lost sponsors because she’s “bad at social media.”

She also not so subtly criticized Gretchen directly. Noting that the journalist and former Miss America had sparked the #MeToo movement by suing former Fox News CEO Roger Ailes for sexual harassment, she wrote, “Right away, the new leadership delivered an important message: “There will be only one Miss America at a time, and she isn’t me.”

A former contestant sent the letter to AL.com. YOU CAN READ IT IN FULL HERE. HollywoodLife has reached out to Cara, Gretchen Carlson and the Miss America Organization for comment. So far, only the organization has given us a statement, saying, “The Miss America Organization supports Cara.  It is disappointing that she chose to air her grievances publicly not privately.  Her letter contains mischaracterizations and many unfounded accusations. We are reaching out to her privately to address her concerns.” We also reached out to the ABC network (which airs the pageant) and a rep declined to comment.