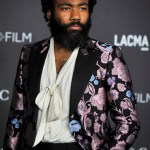 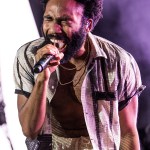 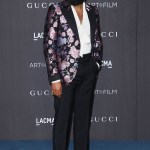 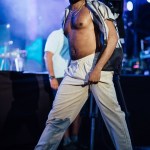 Is there something going on with Rihanna and Donald Glover? We’ve learned exclusively what’s really happening with the two artists!

Stop shipping, Rihanna and Gambino fans. There’s absolutely nothing untoward going on between the two artists! Donald Glover is happily in a relationship with his girlfriend Michelle, the mother of his two babies. As for Rihanna — she’s just doing whatever the f**k Rihanna wants to do. That doesn’t mean they aren’t thrilled to pieces to be spending time together, though!

“Donald is over the moon that he gets to work with Rihanna and he is hoping it will lead to more music and film opportunities together — but it’s not going to lead to love,” a source close to Donald told HollywoodLife EXCLUSIVELY. “Donald is happy with his girlfriend and their children, and he has no reason to stray. It is completely professional when it comes to his work with Rihanna.”

And that’s that! Fans are still delighted to see Donald and Rihanna hanging out, even if it’s not romantically. The possibilities are endless for why they’re in the same room. You know, since they didn’t say why!  Rihanna and Donald (as Childish Gambino) are two of the biggest players in the music industry right now. Maybe Rihanna saw and heard “This Is America” and wanted to throw her hat in the ring to be his next collaborator. Donald’s been named one of the performers at Rihanna’s Diamond Ball in September; could they debut a new song at the event?

Donald, of course, is an actor. And Rihanna’s done a few movies herself, most recently Ocean’s 8. One popular rumor is that they’re both starring in a movie musical that’s currently filming in Cuba, Guava Island. That movie also stars Letitia Wright and Nonso Aonzie. Whatever Rihanna and Donald are up to, we’re 100% on board.