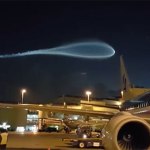 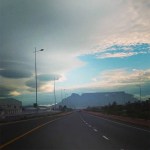 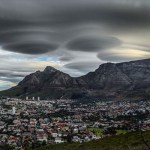 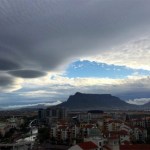 A ‘UFO’ appeared over North Carolina in a new viral video, but some viewers aren’t convinced it’s an extraterrestrial spacecraft. Check out the footage for yourself!

Uh, what the heck is that? An incredibly shaky video taken by Jason Swing near Lake Norman, North Carolina seemingly shows a UFO upon first glance (if you can manage to glance at the video without becoming nauseated due to the jostled footage). “I was at work 2018 10:30 a.m it had been raining all morning,” Swing wrote in the video’s description. “Rain finally stopped so we went w pick up a boat from lake norman.. When came around the corner I saw this thing sitting still very close.” The video, which was recorded on May 29, has only just recently gained some traction, but people are still divided over what to make of the random, very, very, very blurry object in the skies above.

On top of that, just as noteworthy as the unidentified flying object featured in the video is Swing’s trembling recording skills. One commenter wrote, “[D]id you film this while jumping on a PogoStick?” Another joked, “Aliens always reveal themselves to people who shake uncontrollably and have no idea how to operate a zoom. Classic alien jerk move.” Honestly, they have a point — the footage feels like it was taken in the middle of an earthquake. Check out the bizarre video below!

Unfortunately for all of you UFO fans out there, it turns out the levitating saucer was just a Goodyear Blimp. “We don’t want to get in the way of a good story, but that’s definitely us,” the Goodyear Blimp account admitted, per the Daily Mail. “We left the Charlotte area 5/29 after covering the Coke 600.”

We’ll keep you posted with any new footage of UFOs. In the meantime, check out all of the latest pics of UFOs in our gallery above!