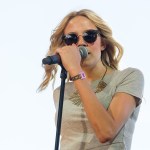 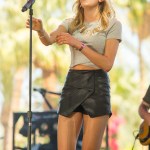 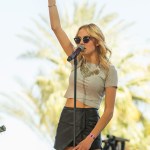 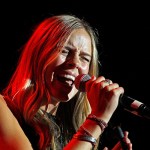 New music from Logan Brill is here — and HollywoodLife has the EXCLUSIVE first listen at her track, ‘Good Story.’ Take a listen to the relatable and catchy tune here!

It’s been more than three years since Logan Brill put out her last album, but she’s finally back with new music, and you can listen to the EXCLUSIVE premiere of her new track, “Good Story,” above. “Good Story” was written by Luke Dick and John Randall, and is about how something going wrong can make for the best story later on. “Gotta leave a little skin on that barbed wire,” Logan sings on the track. “Gotta get a new dent and a few flat tires, Might wake up lost, Might wake up sore, But if you don’t wake up dead then it made a good story.” Ain’t that the truth!?

“The first time I heard “Good Story,” it resonated with me instantly,” Logan tells HollywoodLife EXCLUSIVELY. “I thought about all the crazy things that have happened on the road over the years, and how the best stories usually come from someone doing something stupid, or something going horribly wrong. That’s how I view road life — you jut have to have a good sense of humor about it. When you’re broken down on the side of the highway, or a band member had too many beers…you just have to laugh and think, ‘This is just another good story.’ The uneventful moments aren’t the ones you remember. It’s often the ones that didn’t go as planned that stick with you.”

Logan released her debut album, Walking Wires, on Oct. 2013, followed by Shuteye in June 2015. She has opened for legends like Merle Haggard and performed at festivals like Stagecoach, as well as iconic venues like the Grand Ole Opry. She’ll return to the Opry for another performance on Aug. 18, and this fall, she’ll be hitting the road with The Wood Brothers in Europe.