Another day, another ‘Teen Mom’ pregnancy rumor! This time, it’s Leah Messer who fans think may be expecting another little bundle of joy. See the pic that has everyone talking here!

Leah Messer recently posted a photo on Instagram that has some people wondering if she’s pregnant with baby no. 4! The Teen Mom 2 star wore a black and white dress for the shot, and posed with her hand on her hip. Honestly, we don’t see any signs of a baby bump, but there was certainly speculation in the comments section of the pic. “You are pregnant stop lying to us,” one fan wrote. “You can’t hide pregnancy remember we will know the truth soon.” Meanwhile, one person flat-out asked, “Are you pregnant?” while someone else wrote, “You CAN see the baby bump!!!!”

Luckily, Leah jumped in and cleared the rumors up herself. “You guys are sweet and NOOOOO I’m not pregnant. What the?” she revealed. From there, dozens of fans raced to Leah’s defense and slammed the pregnancy comments as “body shaming.” “Not only is it rude to ask someone if they’re pregnant or when they’re due but she had THREE kids,” someone explained. “TWO at the same time. I’m not saying this is the case for her, but just saying in general not everyone has the perfect body or bounces back after having a kid/kids. If she didn’t say she was pregnant, don’t assume. It’s rude.”

However, even if a baby isn’t on the way right now, Leah seems to be happy and healthy as ever — and having a new man in her life might have something to do with that! Although Leah hasn’t confirmed a new relationship, eagle-eyed fans noticed an interesting comment on her Instagram post from July 4th. “The fireworks were incredible no doubt, but being with you was the most incredible part of my evening.” The comment was left by a user named Jason Jordan, who has the Instagram handle @raylansdad416. His account is private, but he’s been identified as a 39-year-old ex-basketball player, according to Celebuzz. Photos of the two at the beach together surfaced shortly afterward. 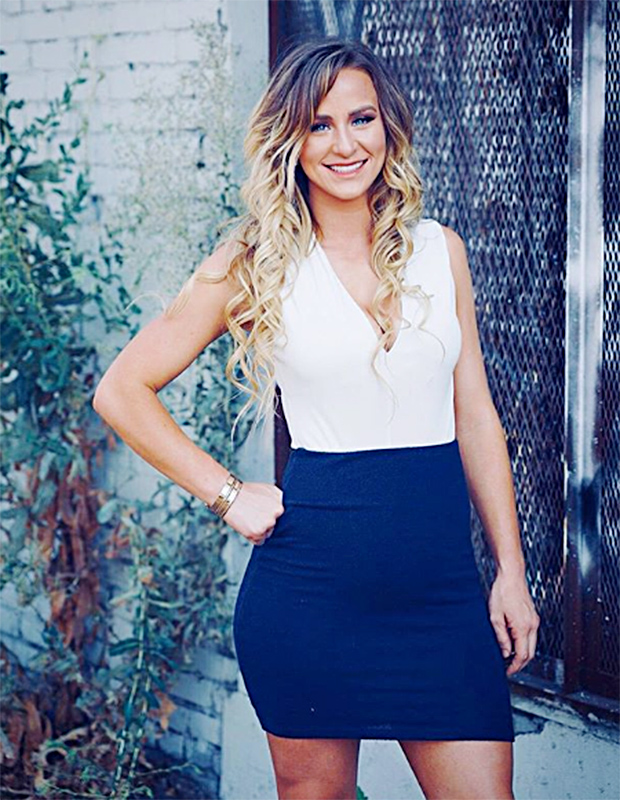 Leah is already a mom to twins Ali and Aleeah, with her first husband, Corey Simms, as well as daughter, Adalynn, with her second husband, Jeremy Calvert. She and Jeremy ended their marriage in 2015.