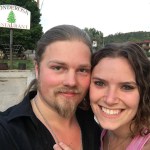 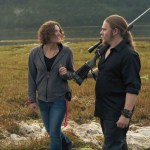 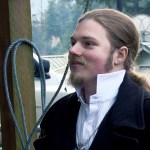 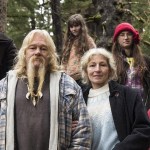 Congratulations are in order! ‘Alaskan Bush People’ star Noah Brown married his fiancee, Rhain, on Aug. 15 in Idaho. Their wedding comes just over a year after he proposed on a hike in April 2017.

There’s a new member of the Brown family! Noah Brown, 26, and his fiancee, Rhain, 27, are officially husband and wife! The couple wed in an intimate ceremony on Aug. 15 in Idaho, PEOPLE has confirmed. They picked the date Aug. 15 because it is the two-year anniversary of Noah and Rhain meeting in Hoonan while he was traveling through Alaska. The Alaskan Bush People star popped the question to Rhain at sunset on a hike in Juneau on April 17, 2017. Noah even designed Rhain’s engagement ring himself. How sweet!

“We are so excited to start our new life together as husband and wife and we look forward to building new memories as our own family,” the couple told the outlet. “God bless everyone for all of the love and support.” About 25 of the couple’s closest family and friends attended the ceremony, including Noah’s mother, Ami. The Brown family matriarch was diagnosed with advanced lung cancer in the spring of 2017. Thankfully, she received a cancer-free diagnosis in Dec. 2017 after radiation and chemotherapy treatments.

Rhain’s wedding dress was from David’s Bridal, and Noah wore a suit from a “smattering of places.” The colors featured at the wedding were white, black, and deep purple.

The new season of Alaskan Bush People will premiere Aug. 19 on the Discovery Channel. The show premiered in 2014 and has become a huge success over the years. Fans have fallen in love with the Brown family and are anxiously waiting to see what’s next for them. Well, maybe Noah and Rhain’s wedding will be featured on an upcoming episode! Congratulations again to the newlyweds!