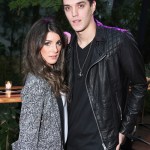 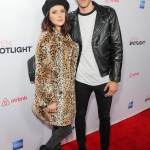 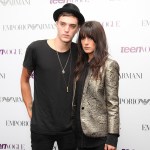 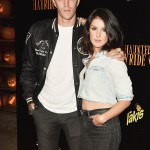 This ‘90210’ star loves showing off her bare baby bump! Shenae is in her third trimester and wearing bathing suits “all day, every day.” See for yourself!

Shenae Grimes, 28, and her husband Josh Beech, 31, will become first-time parents sooner rather than later if these new baby bump pictures are anything to go by! The mom-to-be took some time to relax and soak in some sun, sharing selfies with her Instagram followers while she did so. The first was a full-body shot of the 90210 star standing in her bathroom in a black strapless bikini with the best accessory ever — a third-trimester belly on full display. “When people say ‘you’re so small for 34 weeks’ and you’re all… tell that to every article of clothing I own!” she wrote, adding a bathing suit emoji and the hashtag #alldayeveryday. Because why buy maternity clothes when you can spend the day in a bathing suit, right?

We don’t blame the pregnant actress. Her day looked relaxing AF! In the next pic she posted on her Instagram story, she was lying down outside with her eyes closed and the sun on her face. “The mom-to-be version of #wakeandbake.” Her baby bump made an appearance in this picture as well, but it isn’t the first time we’ve seen her bare tummy since she and her husband announced that they were expecting. In fact, she spent part of her baby shower in a bikini, posing for professional pics as Josh kissed her belly, and posted a mirror selfie of her and her husband in their underwear for National Bump Day. She even rang in her third trimester with a topless shot, two weeks before she said bye to her belly button.

And now that she’s 34 weeks into her pregnancy, it won’t be long before Shenae and Josh are welcoming their little lady into the world. 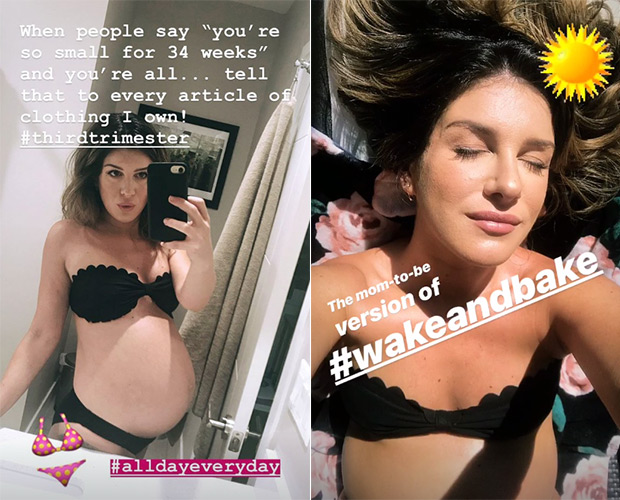 We just hope that Shenae is as open to sharing her motherhood journey on social media as she has been throughout her pregnancy. After so many baby bump pics, we’re dying for a look at her baby girl!