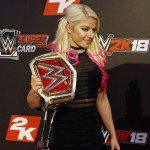 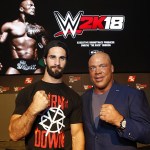 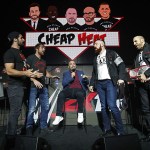 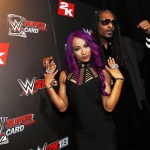 It wouldn’t be summer without the WWE. SummerSlam is about to go down, so get the info on how to watch all your favorite Superstars, who is and ISN’T going, and more need-to-know info.

For the fourth year in a row, the WWE will bring the party of the summer to Brooklyn. The Superstars of World Wrestling Entertainment will go toe-to-toe at the Barclays Center for SummerSlam on Aug. 19. Also, for the fourth year in a row, Brock Lesnar, 41, will be in the main event, as he defends his Universal championship against Roman Reigns, 33. After failing to win it at last year’s SummerSlam, at WrestleMania 34, and at The Greatest Royal Rumble, will this be Roman’s moment? Before the show goes down, get the 411 on this sports entertainment extravaganza.

SummerSlam is on Aug. 19 at 7:00 PM ET on the WWE Network. Get ready for a long, long night. While it hasn’t been officially announced yet, the WWE will likely hold a SummerSlam kickoff show at 5:00 PM ET / 2:00 PM ET. The official show starts two hours later, and if the past couple of years are any indication, it won’t get done until around 11:30 PM ET. From pre-show to finish, it could be a six-to-seven hour affair, so be sure you have plenty of snacks. As for how to watch it, the WWE Network is the main method, though the show is available on Pay-Per-View.

Big Dogs, Goats and Monsters – oh my! As mentioned, Brock faces Roman in the main event for the second consecutive year. As for who leaves SummerSlam as the Universal champ, that remains to be seen. Money In The Bank winner Braun Strowman, 34, puts his MITB briefcase (and the chance to challenge for a Universal title match anytime, anywhere) up for grabs against Kevin Owens, 34. Could either man capitalize on a weakened Brock/Roman at the end of the night? Along with those two massive matches, Daniel Bryan, 37, returns to wrestle at SummerSlam for the first time since 2013. He takes on his longtime rival, The Miz, 37. One of the other most highly anticipated matches sees Ronda Rousey, 31, challenge Alexa Bliss, 27, for the Raw Women’s Championship.

Oh, and for some reason, WWE’s Elias, 30, is holding a pre-SummerSlam concert at NYC’s Gramercy Theater. Yes, this is real.

Wait, where’s John Cena? Or the Deadman? For the first time since 1990, two of the WWE’s biggest stars will not be on SummerSlam. John Cena, 41, and The Undertaker, 53, are not scheduled to appear. 1990 was the last time SummerSlam – arguably the WWE’s second biggest event – didn’t feature either of these two titans of the ring, per Forbes. Both men were last seen at The Greatest Royal Rumble in April 2018.

While it’s unclear if Taker – who is practically retired – will ever return to the ring, Cena’s expected to appear at the WWE’s Sept. 1 event in Shangai, China. The WWE has been advertising him as part of a six-man tag team match, joining Bobby Lashley and Finn Balor to take on Baron Corbin, Elias and Jinder Mahal. Supposedly, John will debut a brand new “Sixth Move Of Doom” at the event.

30 years of #SummerSlam main events, but you can only watch ONE forever. #WAMWednesday

Even though Cena and Taker won’t be there, there’s a lot of action to behold. Check out the full card below:

Rusev and Lana vs. Andrade “Cien” Almas and Zelina Vega

Daniel Bryan vs. The Miz

Singles match for the Money in the Bank contract
Braun Strowman (MITB holder) vs. Kevin Owens