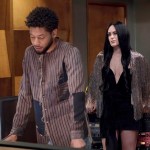 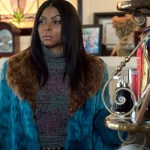 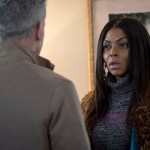 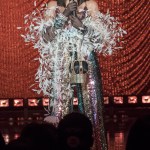 ‘Empire’ season 5 is just a few weeks away, and the show just released a jaw-dropping first look. Andre may be paying for his crimes, while Hakeem and Tiana are nowhere to be found.

Cookie (Taraji P. Henson) and Lucious (Terrence Howard) are ready to take back what’s theirs. Empire returns for season 5 on Sept. 26, and the Lyons are going all out this time. They’re not going to let Eddie get away with turning the tables on the Lyons and trying to steal Empire. “You betrayed Empire,” Lucious tells Eddie. Cookie adds, “You always had a problem with keeping your paws out of the cookie jar.” YAS!

The Lyon matriarch and patriarch are putting on a united front, but all is not totally well. Andre (Trai Byers) appears to be in jail! Cookie is seen visiting Andre in a place that looks like a prison. Could he have gone down for contributing to Anika’s death? Andre has committed many sins, so maybe they’ve finally caught up with him.

There are two major people missing in the new preview: Hakeem (Bryshere Y. Gray) and Tiana (Serayah). In the final moments of the season 4 finale, Blake’s dad walked up to his son (Chet Hanks), Hakeem, Tiana, and baby Bella with a gun. He fired multiple shots, and the scene faded to black. No one knows who got hurt or who possibly died. We’re going to have to wait to find out. While Hakeem, Tiana, and Bella will likely survive — come on, it’s TAKEEM — their lives will likely never be the same.

Tiana was also pregnant at the time of the shooting. HollywoodLife spoke EXCLUSIVELY with Serayah about whether or not Tiana is ready to become a mom so young. “I think more than ever she could be now, ’cause I feel like there’s been a slight change in her,” Serayah said on the HollywoodLife podcast. “She’s always been super grounded, but now I feel like she’s been there for Bella, and she’s been in that role for a little while.”