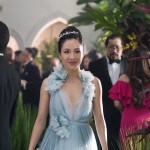 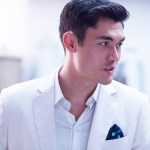 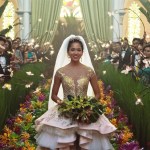 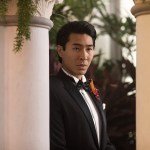 ‘Crazy Rich Asians’ star Chris Pang spoke with HollywoodLife EXCLUSIVELY about why he auditioned for the role of Colin, what this game-changing movie means for Asian representation, and more.

Crazy Rich Asians is out in theaters now, and it’s the movie everyone is talking about. The film, based on the best-selling book by Kevin Kwan, follows Rachel as she travels to meet her boyfriend’s family, one of the richest families in Singapore. The movie is the first Hollywood studio film with an all Asian cast in 25 years. The last was The Joy Luck Club in 1993.

HollywoodLife talked EXCLUSIVELY with Chris Pang, who plays Colin Khoo. The magnitude of this movie is not lost on Colin. He told us that he’s “honored” to be a part of Crazy Rich Asians. He also talked about why he decided to audition for the role of Colin and not Nick, Rachel’s love interest, and the incredible response he’s gotten from fans.

What does it mean to you to be a part of a project like this, one that is so game-changing for Asian representation in Hollywood?
Chris Pang: I feel like it’s every actor’s dream to be a part of a studio film that is meaningful. I’ve seen the film. It’s a great film. It’s so much fun. It’s already a dream to be a part of that. But furthermore, like you mentioned with the representation and diversity aspect, being an ethnic minority, growing up in Australia, and sharing that story with a lot of the cast, we all have the same backgrounds. When you grow up outside of your home country or origin country, you just sort of have that unspoken bond, so we all just sort of all got along immediately. To be a part of a project that represents that, and I guess could be said as part of the movement and changing the landscape of representation in Hollywood just means so more. I’m absolutely honored to be a part of the film.

What made you want to audition for the role of Colin?
Chris Pang: This is one of the most important films for Asian representation in the last 25 years. Every single Asian actor knew about this film and wanted to be in it. Firstly, everyone was going for Nick. Nick is the main character. Everybody wanted to be this prince, this knight in shining armor, this perfect man. Flawless Nick. I get Nick. It would be nice to be Nick, but I just really gravitated towards Colin. When I read the book, Colin is the best friend. He’s Nick’s sounding board. He’s the guy that Nick can be real with and level with. And not only that, I found it very interesting that with Colin in the book, he’s thrust into this world of the rich and famous, but he’s not necessarily of that world in nature. He kind of obliges and rocks out to these events, but doesn’t enjoy himself. There’s even a part in the book where Colin is fighting his own inner demons. He’s very obviously and clearly putting on a show to the public, and he’s another person in his own time. I just love that duality, and I love the fact that the bond between him and Nick, that relationship, they’re one of the few people who know the inner workings of the other. I just love that connection. I was always thinking, “Yeah, Nick would be great, obviously.” At the same time, I was thinking that I really wouldn’t mind doing Colin. There’s something about him that interests me. So when I went into the audition, the obvious choice for Nick was to wear a suit and dress yourself like a wealthy, affluent person, but I went in with a T-shirt for Colin. I felt like I wasn’t born to play Nick, but I’m born to play Colin. So I went in with a T-shirt, did the whole thing very casually, and thankfully I was lucky enough that casting liked my tape. So I went in again with Jon M. Chu and Nina Jacobson as well. I got to meet them. They were so warm and lovely. When it came time to cast the Colin character, it just made sense to bring me back. The beautiful thing about the Colin character is that he is the introduction to Singapore. When you first meet Colin, we don’t know the extent of how rich these people are. Rachel’s character is a fish out of water, which I think is beautiful. Not only is she a fish out of water in the sense of this rich people world when she’s just a college professor from Queens. We get to see a perspective of her as an Asian American and juxtaposition that against Asia. She’s learning as we’re learning. I just love that.

I feel like everyone has been talking about his movie for such a long time. What’s the response been like from the Asian community?
Chris Pang: For me, I grew up not really seeing Asians represented onscreen and in media in general. I grew up in Australia. Sitting at bus stops when I was a kid, and seeing the ads on bus stops, I didn’t see myself. That is very damaging to a certain extent to your self image and confidence. It was a big deal for me to be an actor and to be in a position where I could make a change. I feel like it is a responsibility that I do take on. It’s really encouraging to have these messages coming in. I get messages coming in leading up to this film saying, “Thank you so much for doing this. It means so much.” Here we have a trailer that is played internationally. We have three Asian couples making out onscreen. That doesn’t sound like a big deal because people make out in trailers all the time, but I cant remember the last time three Asian couples made out in an international trailer — ever. This is a big deal for representation. Even before the film comes out, it’s already doing things that haven’t been done. The last time an all Asian cast led a Hollywood studio film was The Joy Luck Club in 1993, and that was 25 years ago. And what that means is for 25 years, which is an entire generation, Asians kids have grown up not seeing themselves represented onscreen, and I think that’s really sad. I don’t want that to happen again. So if this film can be a part of the change, be a part of that movement… if one single kid can look at this film and see themselves and feel better about themselves, that’s already more than what I can ask for. If we can just inspire one more project and just encourage more diversity onscreen. And it’s not just Asians. In the film, we’ve got people from all different backgrounds, so I would like to see representation for all kinds of minorities, not just ethnically. Everyone. That’s the goal.

The set design and costumes are just exquisite. What was like to immerse yourself in the world of the richest people in the world?
Chris Pang: We built a lot of those main locations. The main house in Tyersall Park, where Nick grew up, it was a dilapidated estate. That estate had been empty for about 15 years, and we went in there and fixed it all up. There are entire sections of it that we rebuilt, and so we really went ham on it. I think we really had to to bring out the world of the book. It would have been a disservice if we didn’t.