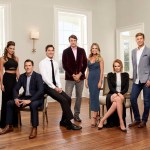 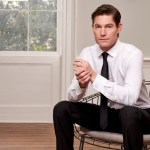 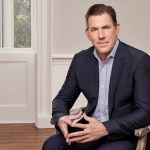 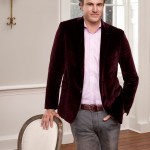 Well, now we know why Thomas Ravenel, 56, was nowhere to be seen at the Season 5 reunion of Southern Charm. He quit! And he’s not leaving through the backdoor quietly. Thomas was out for Bravo’s blood after tweeting his departure on Aug. 14. “I’m not doing the show anymore. In the contract they have the right to fictionalize your story. They took advantage of me,” Thomas wrote on his private Twitter account. “I decided I’ve got too much to lose and informed them I’m not coming back.”

On the contrary, a report surfaced on Aug. 14 that claimed Bravo fired Thomas. “The production company decided to let Thomas go. They made the decision to fire him before filming wrapped,” an insider revealed to Radar Online. “Opens a New Window. That’s also why he wasn’t allowed to go to the reunion.” If this report is true, the source adds that Thomas didn’t even have the choice to quit – no one allegedly can under Bravo’s contracts. “They are locked into their contracts for multiple years and only the network and the production company can let them go.” Was Thomas trying to save face while being investigated for two sexual assault accusations, which were filed two weeks apart in May? One accusation says he reportedly attacked a woman he met from Tinder in October of 2015, and the other claims he raped Southern Charm co-star Dawn Ledwell, AKA “Nanny Dawn,” in January of 2015. HollywoodLife confirmed on May 15 that Dawn filed the report with the Charleston Police Department in North Carolina.

During the Season 5 reunion that aired on July 19, Andy Cohen, 50, read a statement from Thomas’ lawyer. According to the lawyer, Thomas wasn’t uninvited. “Along with Bravo, our client made the mutual decision not to attend today’s reunion taping as there is a pending investigation,” Cohen read. And Thomas insists he’s innocent. “Our client is fully cooperating with authorities on that investigation. He expects to be completely vindicated once the investigation is concluded. He sends his best regards to his fans and his fellow cast mates.”

If you need a crash course on the former reality television star (and politician!), read our Thomas Ravenel guide here.

HollywoodLife has reached out to Bravo for a comment.